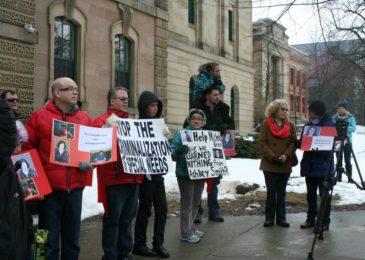 In an open letter to the Premier a group charges that government isn’t serious about supporting persons with developmental disabilities who are looking for community-based solutions rather than being warehoused in large institutions. he Department of Community Services isn’t even meeting targets it set earlier and that were publicly endorsed by minister Joanne Bernard, the letter states. 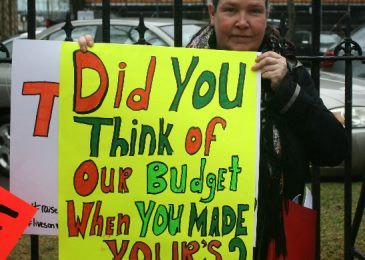 The Benefits Reform Action Group (BRAG), a coalition of welfare recipients and poverty advocates is not happy with last week’s provincial budget. “Good Grief!” writes the group in a press release. “While announcing tax cuts for the middle class and businesses it has not provided a single penny for the poorest of the poor in Nova Scotia—the people in need and reliant on social assistance.” 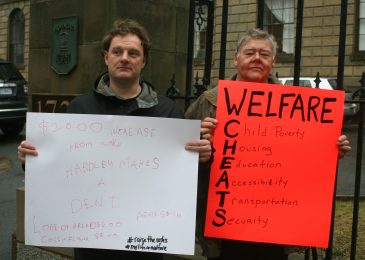 Kendall Worth argues that the liberal government has been a disappointment for people on welfare. They have done nothing to address the immediate needs of people living in deep poverty, and we know nothing of the welfare transformation except that it moves along with the speed of cold molasses.