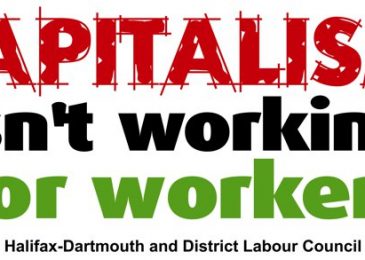 Media release: Join us on International Workers’ Day to demand better working conditions and rights for all workers! We will gather in front of 1505 Barrington St, which houses the Nova Scotia Department of Labour and Advanced Education. 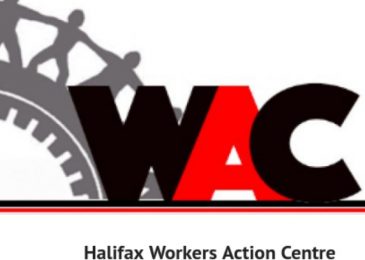 People who get paid the least and work in the most unstable jobs are often the people most vulnerable to abuse by their bosses. And without a union or money to get legal help, these workers usually have nowhere to go. In Halifax at least that situations has improved a bit. There is now a Workers Action Centre (WAC) that you can turn to for answers to your questions and for concrete support. 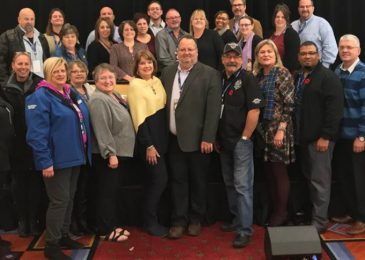 The split between Unifor and the Canadian Labour Congress (CLC) raises questions about Unifor representation at the Nova Scotia Federation of Labour and the five local Labour Councils in the province. There are many reasons given for this split, and accusations of union raiding and catering to American-based unions are freely exchanged between the two sides. The focus of this story however is the confusion, turmoil and sometimes even anger that the breakup has caused within the Nova Scotia labour movement. And there’s lots of that.