Landlords raising rents, renovictions, homelessness and the underlying acute shortage of affordable housing in Halifax and elsewhere in the province have been getting a lot of attention. I spoke with NDP MLA Susan Leblanc about what residents of Dartmouth North are telling her, and how rent control is urgently needed. 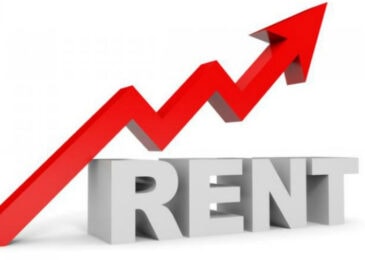 Lisa Roberts: There was rent control here in Nova Scotia until 1993, when the then Liberal cabinet eliminated it with no fanfare or debate. The current Liberal government could re-establish it through a similar cabinet decision or it could pass our bill. Either way, it would be an important first step towards stabilizing the rental market and protecting renters from massive increases.

Kendall Worth speaks with NS NDP leader Gary Burrill and others about CERB. Early on in the COVID lockdown people on income assistance who held part time jobs were told by Community Services to apply for CERB. For the time being they receive more money, but there have been lots of headaches.

This afternoon some 30 tenants of 6 Nivens Avenue and their sympathizers rallied in front of the North Dartmouth building to bring attention to its state of disrepair. They also have safety concerns and are upset about a substantial rent increase received by one of the tenants that they believe are in retaliation for lodging complaints with the city.

Richard Starr looks at premier Stephen McNeil’s governing style and sees a pattern: “McNeil needs a new raison d’être, and with remarkable dexterity he has found one with COVID-19, moving smartly from the manufactured fiscal crisis to the real crisis presented by the pandemic.”

Journalist and poverty activist Kendall Worth is the subject of a recent letter of appreciation written by NDP leader Gary Burrill. Great time to add our own praise for this wonderful man!

Gary Burrill: We stand in admiration before the steadfast and herculean efforts which continue to be made at Northwood in the battle against the virus. And we call, when the clouds clear and the time is fitting, for an inquiry into long-term care and the pandemic–an inquiry not in search of culpability or accusation, but of understanding and improvement.

News release: 56 elected provincial and municipal representatives have issued a statement calling on the federal government to extend income supports to all migrant and undocumented workers. Claudia Chender (MLA Dartmouth South), Gary Burrill (MLA Halifax Chebucto) and Lisa Roberts (MLA Halifax Needham) are among the signatories to the letter which calls for “emergency income supports as well as all other social programs and rights ” for all essential workers regardless of immigration status.