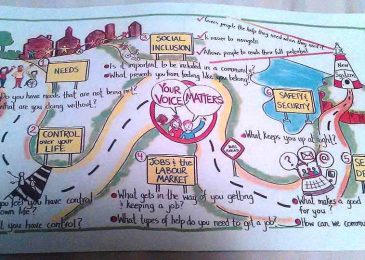 Tim B. went to one of the Community Services First Voice consultations about welfare reform. This is his fascinating report: bad and overworked caseworkers, endless paperwork, and a heartless bureaucracy. 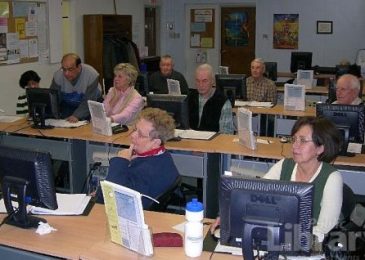 Public libraries in rural Nova Scotia know all about austerity, they have been living it for decades. 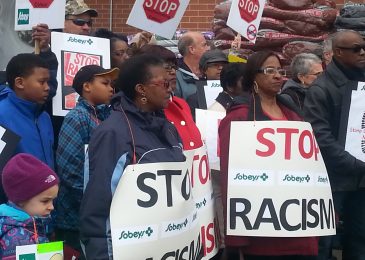 Sobeys is appealing a racial profiling decision by the Human Rights Commission. Protesters gathered at the Tantallon Sobeys to show their displeasure. “We are asking Sobeys not to drag an innocent woman into this process all over again, re-victimizing the victim.” 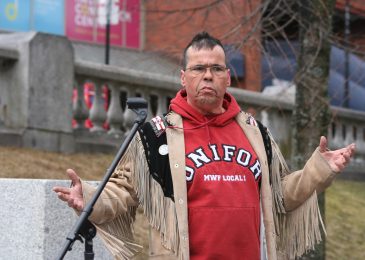 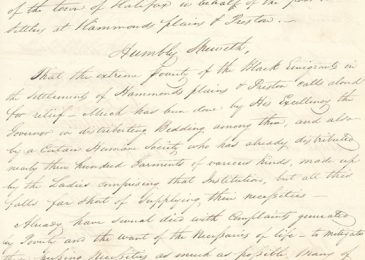 Eternal Life: Preserving the Memory of Beechville is a reflective look at how one African Nova-Scotian community is coping with urban sprawl encroaching on its borders. Following the war of 1812, a group of freed slaves settled in Beechville, Nova Scotia as refugees escaping the United States. Almost two centuries later, as urbanization threatens many of Canada’s rural communities, Beechville itself is being swallowed up. 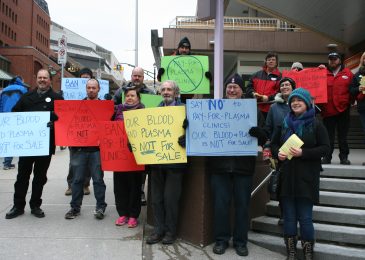 Healthcare activists held an information picket on the risks of a for-profit blood supply system here in Nova Scotia. “The answer to shortages is not to start paying for it here, the answer is to implement a program to start collecting it on a volunteer basis.” 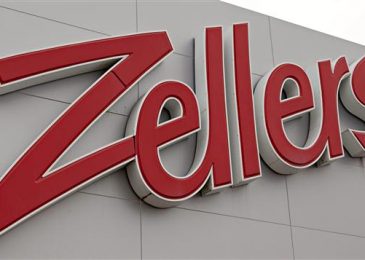 A full seven years after a shopping while black complaint is filed by a 78-year old woman the Nova Scotia Human Rights Commission settles while Hudson’s Bay Company doesn’t admit to any wrongdoing. 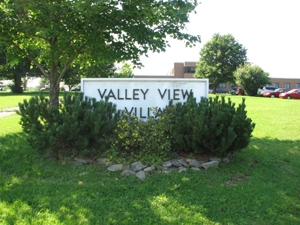 A recent resident of Valley View Villa, a long term care facility in Riverton, Pictou County, died of a heart attack during a scuffle with a police officer. We know what happened, but questions remain. Could his death have been prevented? 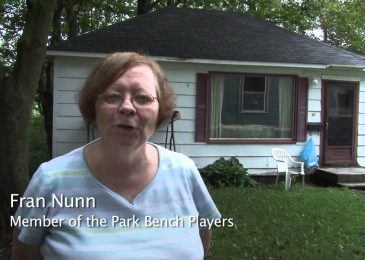 This week’s fast paced video is about the lack of affordable housing in Antigonish, and really in all of rural Nova Scotia. Meet Holly, Anne, Jerry, and Fran, and be amazed by their resilience. 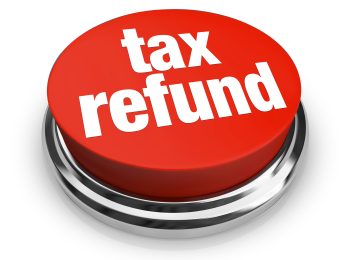 Important news for people who receive social assistance and a special needs allowance. There is money to be saved come income tax time!