KJIPUKTUK (Halifax) – The Town of Amherst doesn’t seem to be able to get its act together when it comes to dealing with a racist councillor currently running for mayor. 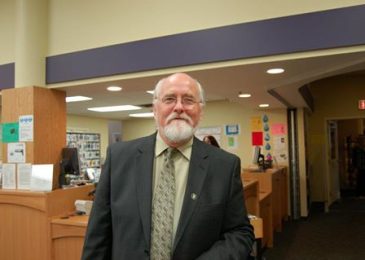 Earlier this year George Baker, an Amherst councillor, admitted using the ‘N’-word during a heated interchange at a local restaurant.  Baker barely apologized.

After considering censure, town council claims it is unable to censure Baker. However, the Amherst Board of Police Commissioners, of which Baker is a member, does have that power.

Yesterday a second attempt to convene the Police Board and discuss the matter failed once again.

An earlier Police Commissioners Board meeting on September 5th went nowhere after Baker argued that his lawyer had insufficient time to read documents relating to a potential formal reprimand.

Next Post Op-ed: Fair wages clause in Halifax tenders nothing but fluff