KJIPUKTUK (Halifax) – This year’s Mayworks Halifax festival will be as exciting as ever, says Sébastien Poissant Labelle, director for the week long event.

Kicked-off on May 1st, International Workers’ Day, the festival features artistic events with themes of social and environmental justice. Over its nine years the event has grown into a diverse and high quality arts festival. 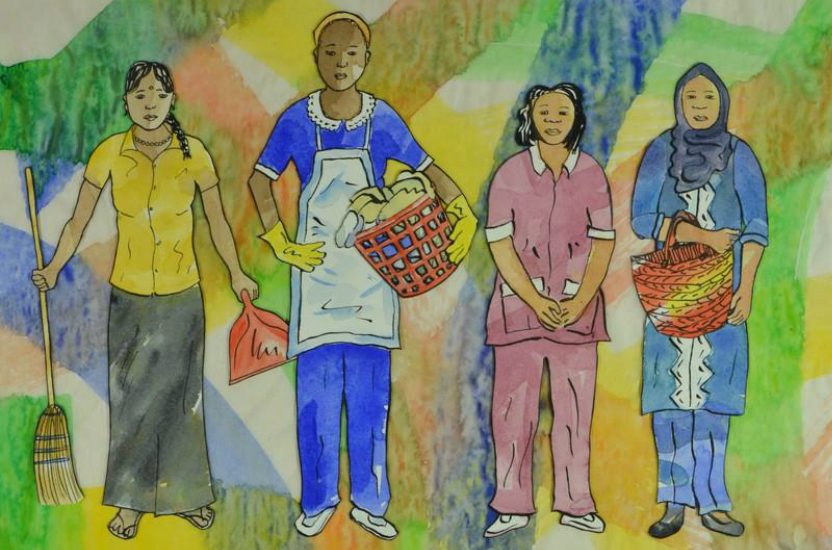 That’s all Labelle will say about the actual program at this time. For program details you will have to attend this Monday evening’s Canadian Labour International Film Festival (CLIFF).

Between announcements nine short films curated by CLIFF will be screened on this evening.

“Different countries, different stories, but what they have in common is the shared experience of workers. The intent is that audiences, as workers here in Nova Scotia, recognize themselves a bit in each film that we present.”

The films that will be shown are Armenian Papers (Belgium); Baits and Hooks (Switzerland); I Am a Machine (Canada); Strike 16 (Canada); A Living Wage (US); The Real Work (US); The Age of Reason (France); The Migrants (Brazil); and They Call Us Maids (UK).

And it’s free! That said, donations in support of Mayworks, the Bus Stop Theatre and CLIFF will be much appreciated.

It’s a fundraiser, says Labelle, but it is also a fine way to learn about people who have had a great impact on how Nova Scotia is shaped today, but who we actually know very little about. 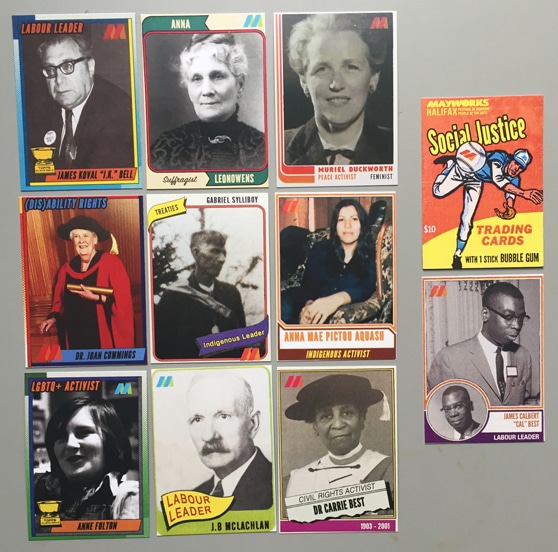 There are 10 cards in this first series. Cards will be sold in packages of six so trading is required to collect them all! And yes, gum is included.

Labelle enjoyed researching and curating the cards. It also made him realize how little we know about Nova Scotia’s activist history.

“I wanted to include a disability activist. We landed on Dr. Joan Cummings, I didn’t really know anyone, and it was very hard to find this kind of info, which is kind of telling,” Labelle says.

Earlier I had the same reaction of delight (and embarrassment about my ignorance) when I googled Black Canadian journalist Dr. Carrie Best, who has her own card in the set.

Turns out that Best lived in New Glasgow, and was arrested for sitting in a whites-only part of the Roseway Theatre, just like Viola Desmond several years later.

Now I want to know everything about her.

“Yes, that’s what we were hoping for,” says Labelle.

Previous Post Minimum wage to increase by 15 cents. Don’t spend it all at once

Next Post The Passage, a poem by Sylvia Hamilton