KJIPUKTUK (Halifax) – When the head of a family is cut off from social assistance for punitive reasons the entire family suffers. A national organization that promotes equality rights for women and girls hopes to change that through the Nova Scotia judicial system. 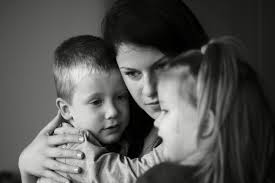 At the Nova Scotia Advocate we hear about these cases all the time. Benefits to the so-called head of the family are withheld, typically for missing meetings or training sessions, that kind of thing. As a result there is no money for food and rent for an entire family.

Most of the time it takes at least six weeks until assistance is reinstated. That’s a lot of suffering for a partner and children who have done nothing wrong.

That’s not fair, says the Women’s Legal Education and Action Fund (LEAF), a national organization that defends the equality rights enshrined in the Charter of Rights and Freedoms.

Last week LEAF was granted intervenor status in a court case that is winding its way through the Nova Scotia justice system.

He appealed that decision, first at the Assistance Appeal Board, and then at the Supreme Court, but his arguments did not sway Justice Arthur J. Lebanc. Neither did the argument that dependents should not have to suffer for the actions of somebody else.

When the case goes through a further appeal LEAF hopes to add another dimension to the argument made on behalf of the spouse and the children.

“When we intervene, it is because we believe that the court will benefit from a fuller argument before it, one that they may not necessarily have heard from the parties involved, explains Dr. Kim Stanton, LEAF’s Legal Director.

“This case came to our attention in late 2016. It was very concerning that a family would be cut off from social assistance through the perceived non-compliance of the regulations by the so-called head of the family,” says Stanton.

“The appeal raises an important  issue about  the proper interpretation of the regulations and the effects of that interpretation on women and children. So it fits into our mandate,” Stanton says. “Our work is to challenge ongoing instances of sex discrimination.  Our view is that when judges review statutory instruments they should do so with the equality law provisions in our country in mind.”

Nova Scotia is not the only province that treats dependents this way, and Stanton hopes that a positive outcome of the appeal will affect these other jurisdictions as well.

Stanton believes that the appeal will be heard in late May.

If you can, please support the Nova Scotia Advocate so that it can continue to cover issues such as poverty, racism, exclusion, workers’ rights and the environment in Nova Scotia. A pay wall is not an option, since it would exclude many readers who don’t have any disposable income at all. We rely entirely on one-time donations and a group of 25 or so dedicated monthly sustainers

Next Post All I am guilty of is being where the story was. Reporter Justin Brake on facing criminal charges