KJIPUKTUK (Halifax) – Last night I received a letter from lawyer Stephen R. Boyce, telling the Nova Scotia Advocate to take down a recent story we published, written by Stacey Rudderham.

That story described several conversations she had with Dan McNaughton, the PC candidate in her riding, during which he allegedly addressed indigenous issues. 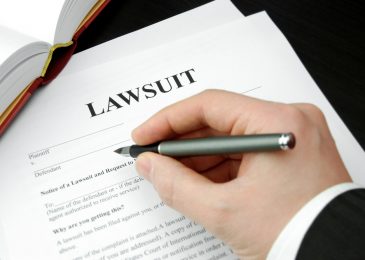 Last night’s letter calls these observations unsubstantiated, outrageous, and false. McNaughton had a long and distinguished career in the RCMP and he has a sister who is indigenous, the letter argues.

“Our position is that you remove the offending article from your publication immediately. Failure to do so will leave Mr. McNaughton no alternative but to pursue all available remedies at law to rectify this attack against his character,” writes Boyce.

This morning we talked to a lawyer who kindly volunteered his advice, and he suggested it would be a long and difficult path to fight such legal action if it materialized.

The Nova Scotia Advocate is a tiny (but mighty) website, it focuses on social justice issues and doesn’t make any money off it. What else could we do but take the post down?

I’m not happy about what happened, and I blame myself for being unprepared and leaving Stacey so exposed. But it is what it is, as they say. I have learned a thing or two about how to be better prepared the next time something like this happens. As it will.

Oh, and by the way, I am told that several news organizations are now looking into the allegations. Stay tuned.