KJIPUKTUK (Halifax) – The first time a national childcare program was promised by the Liberals was in 1993. At the time, I had a 2 year old child and I needed quality childcare… I never thought 25 years later I’d still be waiting! 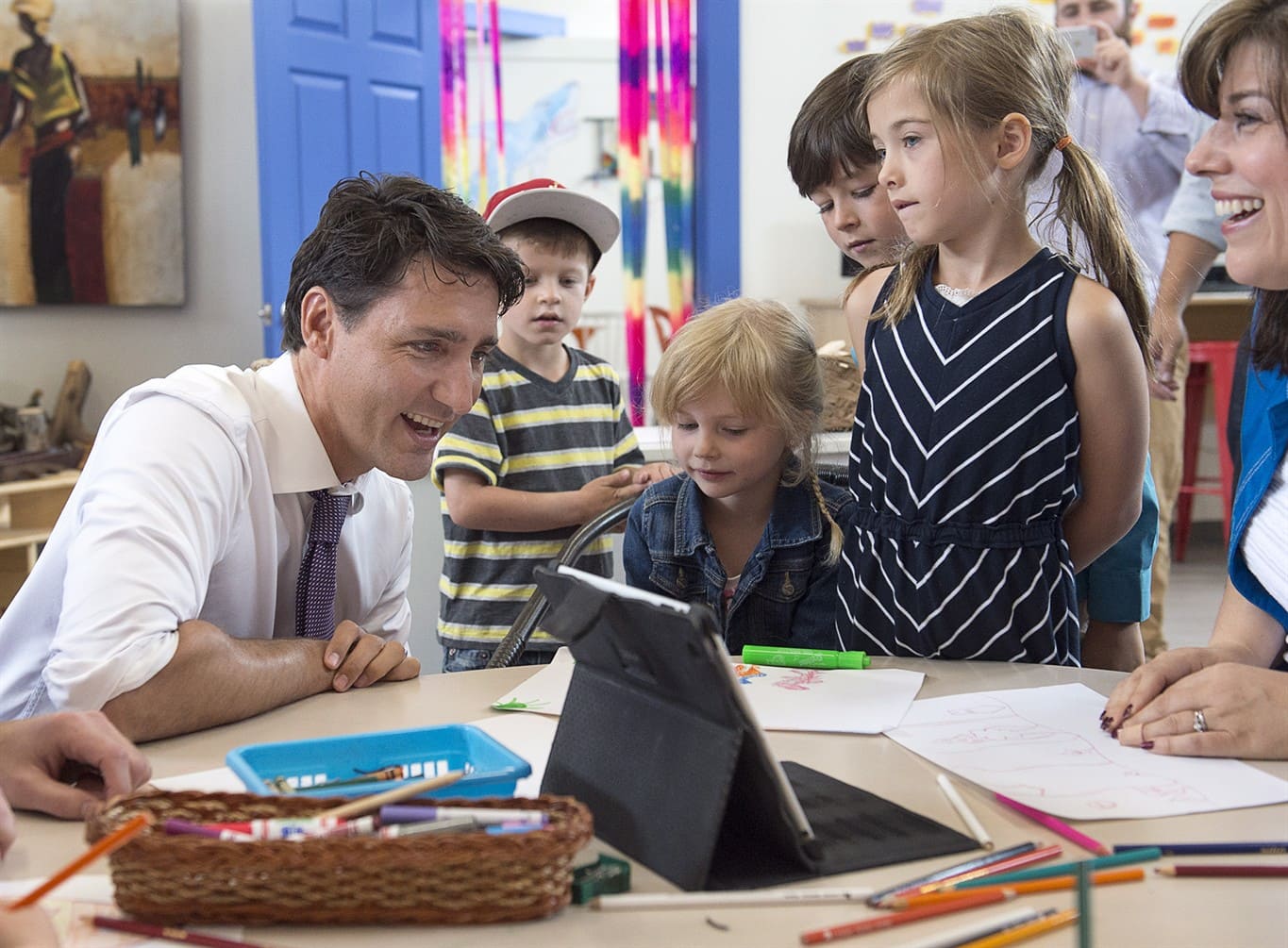 The Chretien Liberals’ Red Book promised 150,000 more childcare spaces over three years. And an injection of $720 million also over 3 years –provided the provinces matched it.

Harper won the 2006 election; his government was not especially interested in childcare.  Instead it gave parents a woefully inadequate monthly cheque of $100 – for every child under age 6.

In 2011, the Liberals, led by Michael Ignatieff, promised to spend $500 million each year and $1 billion in the fourth year of their mandate on childcare. However, they refused to commit to creating childcare spaces. And the Liberals did not win the election.

The 2018 federal budget boasts $7.5 billion will be spent over 11 years, starting this year. Economist Armine Yalnizyan said that since the wages of women of child-bearing age reached a plateau a decade ago, bigger investments in child care spaces would likely have the biggest impact on the stated goal of increasing the participation of women in the workforce. “It’s really frustrating that they want women to help with economic growth, but they won’t help women — this year,” Yalnizyan said

Here are the specifics about childcare worked out in the agreement with Nova Scotia:

The other provinces fare about the same, but only Nova Scotia has funding for “family daycare sites”. There is no concrete agreement which spells out what “affordable” spaces are.

Morna Ballantyne, Executive Director of Child Care Now (formerly the Child Care Advocacy Association of Canada) said, “We are astounded that Finance Minister Bill Morneau has chosen to ignore the solid evidence that lack of access to affordable child care is the biggest barrier to women’s equal participation in the paid labour force.”

Still the budget drips with ‘support’ for women and recognition for women’s need to be in the workforce and to have better paid jobs and more opportunities. The word ‘women’ is mentioned 708 times, while the word ‘men’ is noted only 72 times in the 367 page document.

However – from its budget allocations — the Trudeau government believes what helps women the most is increased weeks of parental leave (35 – 40 weeks paid at 55% of earnings), or split leave with women’s partners, and another 8 weeks paid at the paltry amount of 33% of earnings. The budget document says women in Canada earn a median income of $28,120 a year (compared with men’s median income of $40,180). That means a woman earning $28,120 a year will receive only $297 a week for each of her 35 weeks of parental leave. If she and her partner decide to split weeks and take the additional 8 weeks, she will receive 33%, or $178 a week for the final  weeks.

This change does little help most women and their families –in financial terms.

There is provision for paid caregiver support to sick family members –which mainly relies on women. Through Employment Insurance, a caregiver can receive leave of up to 15 weeks from their job — at only 55% of income.

And there is $1.8 million (over two years) earmarked for Status of Women Canada to provide programs about inequality meant to engage men and boys. Contrast that with $4 million over five years to go to the Dept of National Defence to support families of armed forces personnel affected by (domestic) violence.

Meanwhile, in this budget the RCMP receives

This list totals more than $1.2 billion – new money which goes to the RCMP (that is $249 million each year).

New figures show that 2,400 women in the RCMP have launched sex discrimination cases against their employer. Is there any institution in Canada which has treated women worse? Yet look at the new money the RCMP will receive. Clearly Trudeau’s budget says one thing about supporting women and does quite another.

Next Post Tina Roberts–Jeffers: On Bill 72, anti-Black racism and averting your eyes