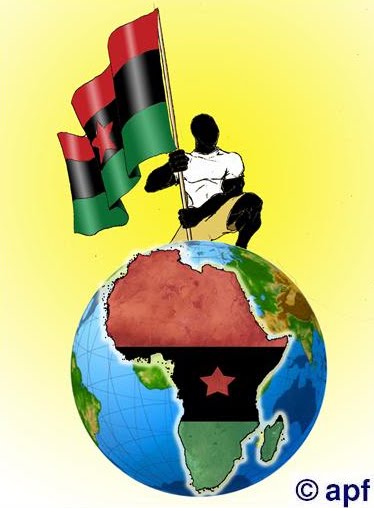 “On April 15, 1958, in the city of Accra, Ghana, African leaders and political activists gathered at the first Conference of Independent African States. It was attended by representatives of the governments of Ethiopia, Ghana, Liberia, Libya, Morocco, Sudan, Tunisia, the United Arab Republic (which was the federation of Egypt and Syria) and representatives of the National Liberation Front of Algeria and the Union of Cameroonian Peoples. This conference was significant in that it represented the first Pan-African Conference held on African soil. It was also significant in that it represented the collective expression of African People’s disgust with the system of colonialism and imperialism, which brought so much suffering to African People. Further, it represented the collective will to see the system of colonialism permanently done away with.

“After 500 years of the most brutal suffering known to humanity, the rape of Africa and the subsequent slave trade, which cost Africa in excess of 100,000,000 of her children, the masses of African People singularly, separately, individually, in small disconnected groupings for centuries had said, ‘enough’! But in 1958, at the Accra Conference, it was being said in ways that emphasized joint, coordinated and unified action.

“This conference gave sharp clarity and definition to Pan-Africanism, the total liberation and unification of Africa under scientific socialism. The conference as well laid the foundation and the strategy for the further intensification and coordination of the next stage of the African Revolution, for the liberation of the rest of Africa, and eventual and complete unification.

“The Conference called for the founding of African Freedom Day, a day to, ‘mark each year the onward progress of the liberation movement, and to symbolize the determination of the People of Africa to free themselves from foreign domination and exploitation.’

“Five years later after the First Conference of Independent African States in the city of Addis Ababa, Ethiopia another historical meeting occurred. On May 25, 1963, leaders of thirty-two independent African States met to form the Organization of African Unity (OAU). By then more than two thirds of the continent had achieved independence from colonial rule. At this historic meeting the date of Africa Freedom Day was changed from April 15th to May 25th and Africa Freedom Day was declared African Liberation Day (ALD). African Liberation Day has been held on May 25th in every corner of the world since.”

As I recall, the first African Liberation Day celebrated in Halifax was in 1973. A demonstration of some 200 people gathered at Cornwallis (sic) Street by the Armouries in the North End. It was organized by Rocky Jones and a contingent from my party (Communist Party of Canada [Marxist-Leninist]) vigorously participated. It was a bright, sunny day – a Saturday I think. We marched to the top of Citadel Hill, where in front of the main gate we renamed it Maroon Hill, in honour of those whose labour built this British colonial fortress.

(Parenthetically, the British governor during this period, Wentworth, former governor in New Hampshire, who put some Maroons to work building his estate in the Prestons, was a slave owner and from a slave-owning family.) Parks Canada spent $25 million on Citadel Hill during this period without nary a mention of the Maroons. The significance of the 1973 event is that it shows, among other things, that the movement for decolonization (of names) in Nova Scotia goes back almost 50 years or more. – Tony Seed

Reproduced, with permission, from Tony Seed’s excellent blog.  We would love to hear from you if you have photos of the 1973 event that Tony mentions in his end note.

Previous Post Dealing with death the way we used to: Family-led funerals and green burials