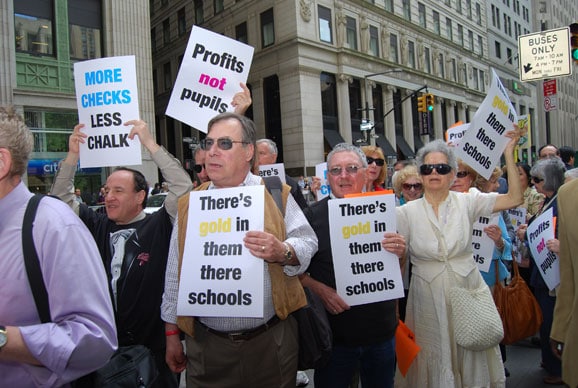 KJIPUKTUK (Halifax) – For some children and their parents in Nova Scotia, the start of the new school year was a nightmare. Lost bus drivers or buses that never came meant late arrivals, stranded kids and unnecessary hours of anxious waiting for parents. Complaints were loud and vociferous, and Stock Transport, the American multinational contracted to deliver Halifax County’s children to school, was called on the carpet.

When the dust had settled, after a weekend where the routers worked non-stop to clarify routes and iron out the problems, things seemed back on track. But what I found really interesting was that it was only on September 13, more than a week after the start of school, that Stock Transport hosted a “job fair”. As well as bus drivers, they were also looking for a bilingual router and operations specialists – could it be that Stock started the school year short staffed? Is it possible that they were trying to save money by minimizing the staff needed?

The last time I noticed Stock in the news was in February…”In a scathing report published last November , Stock was found to have committed eight violations, including operating a charter service without a licence, resisting or willfully obstructing inspectors, demanding drivers work beyond the driving hours permitted and falsifying records.” They narrowly avoided losing their school bus license, and the CEO publicly blamed a “rogue” regional manager who was fired when the problems came to light.

Part 1 of this post ended with the question “Why are AIMS and its relatives still promoting charter schools in Canada?” I used the example of the privatization of our Halifax school buses to show how corporations have been eyeing the education system looking for ways they can make a profit. But the push for profits sometimes has a dark side: skimping on hiring, risking safety by forcing drivers to work more hours than permitted, and then obstructing inspectors.

–In Nova Scotia, we have seen creeping privatisation in education: P3 schools, imported standardized tests, vouchers to private schools instead of meeting students’ needs in the public system, outsourcing data management and bussing, Powerschool and tutoring agencies to name a few. Charter schools would just be another way to accelerate this transfer of money from the public to the private sphere.

To see how this story ends, one only has to look at what has been happening south of the border.  In some states, such as California, charter schools have starved the public system of funds.  Every time a student leaves the public school for a charter, their previous school loses out because public money follows the student.

Many states in the US pay their teachers poorly, but this can be exacerbated in the charter system where teachers’ salaries can be determined by their students’ standardized test scores, and where unions do not exist. But, while paying teachers less, it is not uncommon to see charter schools paying huge salaries to administrators and Boards of Directors (this also happens in British academies).The president of one California charter chain Altus Institute, Mary Bixby, was paid $371,160 in 2014—”exceeding the total pay plus benefits of the Superintendent of the San Diego Unified School District that serves nearly 130,000 students.”

Investors in charter schools, like billionaire hedge fund manager Bill Ackman, make good money – he is receiving a 10% annual return on his “impact investment” in a charter chain that has recently built 79 schools in poor neighbourhoods. By investing through his charitable foundation, he probably also manages to save on taxes that could support public education.

Nova Scotians have recently lost, through local school board abolition, their ability to question their school board members about education issues.  But there has always been secrecy surrounding charter school administration. In California, wealthy interest groups are lobbying and exerting political pressure “to thwart legislative efforts that would increase charter oversight, such as AB 709 that would make charter board meetings public, allow the public to inspect charter school records, and prohibit charter school officials from having a financial interest in contracts that they enter into in their official capacity. All of the above are expected of public schools.” – and not necessarily provided by charter schools.

Canada is the mouse sleeping next to the elephant. When the US twitches, we can be crushed. What infects them, often spreads to us. The Global Education Reform Movement (GERM) that has gripped US education policy for the last 20 years has been advancing the 2-tiered, semi-privatized education system that has resulted in the rise of charter schools (and a widening achievement gap between rich and poor). And now they have an Education Secretary, Betsy DeVos, who was chosen for her long-time support for charter schools.  Her husband, a billionaire former Amway CEO, actually runs a charter school in Michigan, where students can learn to pilot airplanes. This year, the education budget she proposed cut $9 billion (13%) from the federal education budget, while increasing support by $1.4 billion for charter schools and vouchers. Fortunately, Congress rejected it – but she’s not finished yet.

Appearing on CNN in 2017, she endorsed one charter/private school, Acton academy, as “truly a unique model in that it’s totally student directed, there’s no teacher in the classroom…and the school is actually proliferating pretty rapidly through the country.”

Acton Academies are really proliferating – on their website it tells you how you can start your own franchise – there’s even one in Toronto. I have to admit that their methodology  sounds progressive. It had me yearning to plunk down my $10,000 (one time start up fee, other costs “as low as $50,000”) to start up my own academy! But here’s what the school really looks like:  a lot of kids on computers playing educational games, with “guides” (not teachers) monitoring the process. “In an elementary class of 36 to 40 students there currently are two Guides; the middle school has one Guide for 36 students, though the number of Guides is expected to drop as high school students take over these responsibilities. No professional development is done to support technology implementation.” No B.Eds are required – heck, even the high school students can do the job!

Forbes Magazine loves this idea: “Sure, this kind of experimental education might be illegal in many liberal states captive to teachers unions, who will defend their taxpayer-supported, substandard product to their last breath. But in places that encourage home schooling, the legal groundwork has already been laid. All the market is waiting for is someone like Jeff (Sandefer, Acton founder) to come along with a replicable model.”

If these Acton schools sound appealing to you, even though they are only for those wealthy enough to pay its fees, think of their poor cousins, the “storefront charters” or “Independent Learning Resource Centres”. These are also proliferating, especially in California, where they target “at risk kids” and have had abysmal graduation and drop-out rates. But they are lucrative because they are so easy to run – the student only has to report in once a week and is responsible for completing work packets and passing the tests based on them. The teacher/student ratio is astronomical so costs are  low.

So it’s no wonder AIMS and its relatives, the Fraser Institute and the CD Howe Institute, funded by wealthy business interests, with their boards stocked with billionaires, are salivating at the thought of the business opportunities promised by the charter school model. They read Forbes, and are well aware of one of the major impediments to full privatization: teachers unions. Hence the orchestrated attack on them, while at the same time they promote charter schools. Soon, if GERM spreads more, they will be touting “independent learning centres”, where teachers’ role is minimized, if not eliminated entirely.

I’m not even in the union, but I will defend our taxpayer-supported, but not substandard, public education system to my last breath. In fact, convincing us that our public education system and our teachers are substandard  has been one of AIMS’ aims for many years – but we know that Canada has one of the best education systems in the world. Instead of diverting our public money to charters and other privatized schools, why not focus on making our good public schools even better so that the billionaires who fund think tanks like AIMS and the CEOs of companies like Stock Transport would be happy to send their children to them? It can be done.

Next Post People with disabilities are being buried in paper!