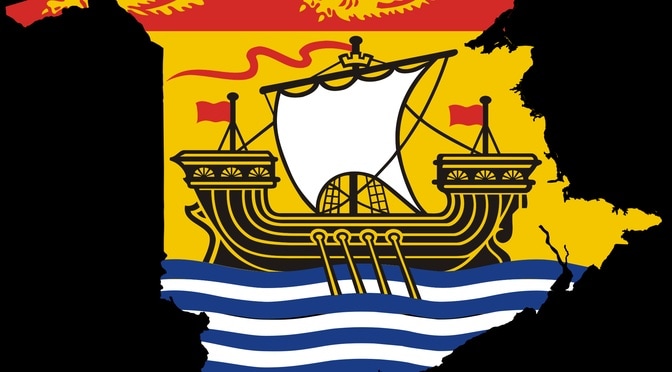 New Brunswick, the only officially bilingual province, is often referred to as a shining example of linguistic harmony. Is this truly the case after the 2018 provincial election? What lessons can the rest of the Canadian francophonie learn from recent rhetoric on language policy?

With the hosting of the 1999 international Francophonie Summit in Moncton and the increasing popularity of French immersion programs, Acadians in New Brunwick had thought that the anti-bilingualism of Leonard Jones or the Confederations of Regions (CoR) party had run its course. The results of the September 24 elections and the anti-duality rhetoric gave francophones a rude awakening. The People’s Alliance of New Brunswick (PANB), having fielded only 30 candidates out of 49 ridings, won 3 seats with 12.6% of the popular vote (more than 47,000 votes).

The PANB platform stresses a “common sense” approach to language policy. As leader, Kris Austin claims he is not anti-francophone but we have heard it all before. In English, the platform indicates that they would end duality. The partially French website states that they would implement language policies that “create unity, equity and equality”. Francophones can read between the lines. To truly understand where they stand on official languages, one only needs to interpret the meaning of their promise to fire the provincial Official Languages Commissioner.

Acadians bore the brunt of nasty rhetoric and anti-francophone diatribes during the elections. Since neither the Liberal party, nor the Progressive-Conservative party won a clear majority, the PANB suddenly holds all the cards. This anti-bilingual party can choose to support one party or defeat the other in a non-confidence vote in the Legislative Assembly. Francophones are wary of the uncertainty but mostly of the backroom dealings. Are their language rights going to be sacrificed in favour of propping up a minority government?

Despite an uneasy future, Acadians and francophones have not rested on their laurels. Mid-campaign, Acadian advocacy groups had already gotten in gear. They even agreed to pay for interpretation services necessary to have a leaders’ debate in “French”.

Shortly after the election results were known, a petition was launched by local organizations, municipalities and citizens. In the first few days, approximately 1000 individuals a day signed their opposition to any coalition with the PANB to form a government.

Other francophone advocacy groups in Canada acted in solidarity with francophones in New Brunswick by adopting formal resolutions or disseminating press releases in favour of linguistic duality.

Lessons for the francophonie

The first hard lesson for francophone communities in Canada is that the ideals of linguistic duality are not fully endorsed yet. One should not presume that fundamental language rights are recognized by all. Certain groups, more or less vocal, are sceptical if not downright hostile to the idea. Francophones should not bury their head in the sand or look at the issue through rose-coloured glasses. This does not mean that the principles at work are not supremely important or that support for linguistic duality is in a freefall. In short, progress is slow but francophones must remain vigilant.

The second lesson pertains to the extent to which a given francophone community can successfully collaborate with the majority. These fruitful bonds are absolutely necessary if francophones are to assert their rights or successfully advocate for policies conducive to their vitality. Community leaders recognize the importance of allies in politics and in civil society. Francophones and moderate anglophones have a crucial role to play to breathe life into linguistic duality. When the majority remains silent in the face of vocal opposition to language rights or anti-francophone sentiment, nobody wins.

The third lesson ties into the political or partisan aspect of language issues. Francophones, while trying to bring language into the political realm, must look to all political parties. If francophones always favour a particular party or shy away from others, the risks of unfavourable consequences increase. Hence, it is in the interest of francophones to diversify their political support. They need allies and franco-friendly intermediaries in each political party. Key umbrella organization should ensure that their advocacy work transcends all political parties. Language should not become a purely partisan issue. It is a question of fundamental rights, respect and human dignity.

The New Brunswick elections confirm that francophones can make headway but cannot sidestep the debate or freeze the conversation. Francophones must advocate for their rights and find support in civil society if they want to counteract pressures brought on by cyclical populist or anti-francophone sentiment.


Originally published on Ricky G. Richard’s blog D’Acadie at d’ailleurs, republished on the NS Advocate site with his kind permission.