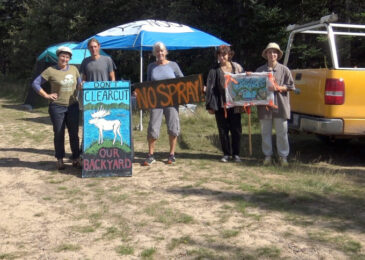 Activists with Extinction Rebellion are determined to stop the aerial application of glyphosate-based herbicides in Colchester County. That’s why they have set up several encampments in woodlots set to be sprayed sometime between now and September 30. We speak with one of the forest defenders. 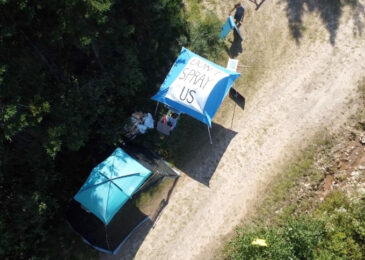 Today, concerned citizens are camped out on several forested sites approved for aerial spraying with glyphosate-based herbicides, including sites near Otter Brook and Halfway Brook in Colchester County. 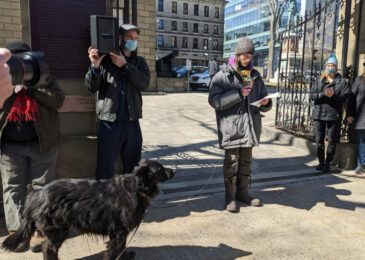 After 23 days Jacob Fillmore is ending his hunger strike in support of a temporary clearcutting moratorium. But it ended with a bang, with rallies and government office occupations across Nova Scotia, with organizers warning the government that there is much more to come. 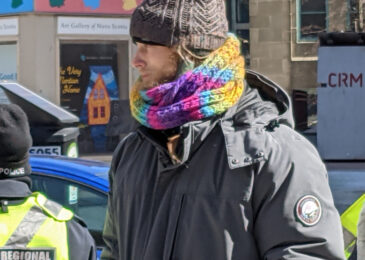 Media release: This Tuesday marks the 23rd day of Jacob Fillmore’s hunger strike, and the 106th day he has been camping outside government buildings in protest of decades-long clear-cutting policies which have destroyed the
vast majority of critical habitat for the endangered Mainland Moose and
continue to destroy what is left. 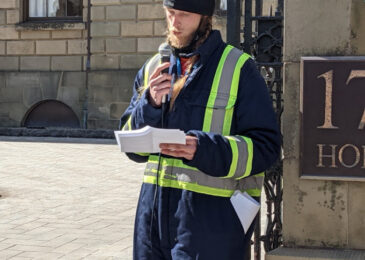 (As the NS Advocate reported yesterday) Press release: The Minister of Lands and Forestry, Chuck Porter, has agreed to meet with hunger striker Jacob Fillmore. Deputy Minister Paul LaFleche gave Jacob Fillmore and Janet McLeod the news yesterday in the lobby of the DLF just as, a block away, the Stop Clearcutting Our Future rally in support of Jacob was getting underway in front of Province House. 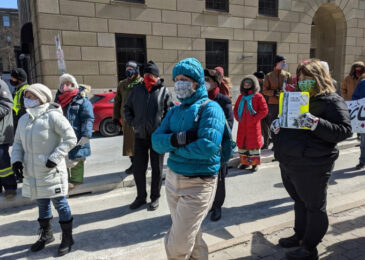 Nina Newington: “Jacob Fillmore is on the 15th day of his hunger strike. He has said he will keep going until he is hospitalized OR until our government puts in place an immediate moratorium on the clearcutting of Crown lands. I tried to talk him out of this hunger strike. Lots of other people have too.” 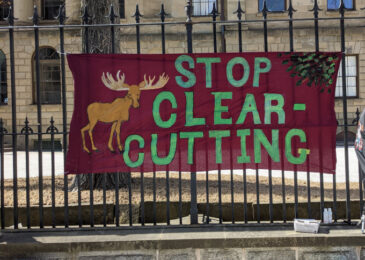 A rally at Province House to raise awareness about the fate of the fast disappearing mainland moose drew a crowd of some 50 folks early this afternoon. The protest was also in support of hunger striker Jacob Fillmore’s demands that the government institute an immediate moratorium on all clearcut activities in Nova Scotia. 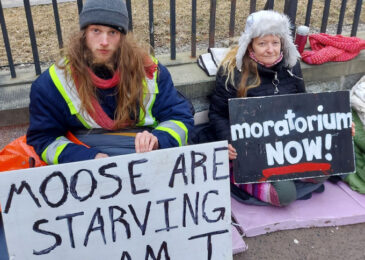 Media release: As Jacob Fillmore enters his 9th day of hunger strike on the steps of
Province House, people are rallying to support his demand of an
immediate temporary moratorium on clearcutting on crown lands in Nova
Scotia. This moratorium would stop the destruction of critical habitat
until reforms intended to protect these areas could be fully
implemented. 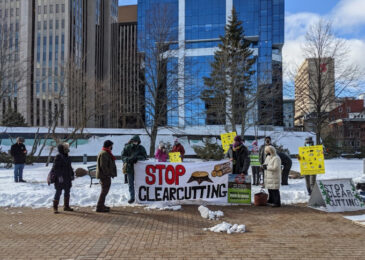 Members of Extinction Rebellion Nova Scotia who were involved in the blockade to save mainland moose habitat from destruction scored a bit of a victory in their legal battle with Westfor Management Inc. 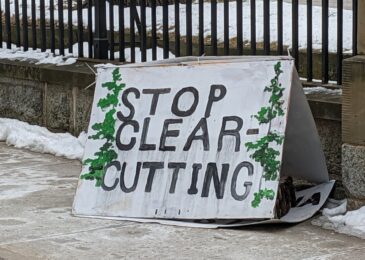 The day before the Nova Scotia legislature reconvenes, Haligonian Jacob Fillmore begins his hunger strike demanding urgent action to protect the critically endangered Mainland Moose. Fillmore explained the need for a temporary moratorium on clear cutting on crown land and his intentions to refuse food until this demand is met in a letter delivered to Premier Ian Rankin last Wednesday.