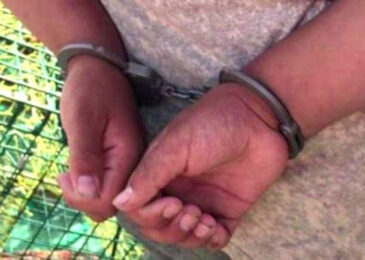 The forceful eviction of homeless people in Halifax isn’t the only occurrence of violent policing in Nova Scotia at this time, but if it wasn’t for the journalism of Angel Moore of APTN we would never know it. Yesterday Moore reported how Mi’kmaw lobster harvesters were arrested and had their boat seized by fisheries officers on unceded and stolen territory of the Mi’kmaq Nation. 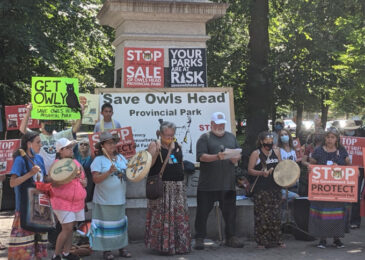 A rally at Victoria Park in downtown Halifax drew at least 300 people angry enough about the potential sale of Owls Head Provincial Park to sacrifice part of a beautiful summer Saturday. Passing cars and buses honking in support provided a steady background chorus throughout the event. 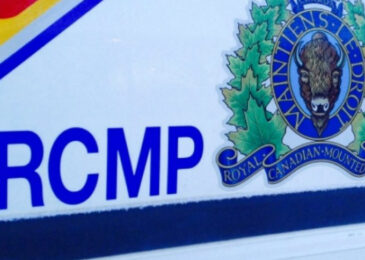 The RCMP raids on cannabis shops and dispensaries in Millbrook First Nation has left the community divided, writes resident Margie Ann Cook, who argues that the store owners are merely exercising their treaty right.

On Oct. 13 last year RCMP officers stood by as 200 people interfered with Mi’kmaw fisherfolk. That mob was 200 individuals that did not appear out of thin fog. They ate their supper, put on their coats and boots and no one stopped them at the door. Fathers didn’t stop their foolish sons. Mothers turned the other way and sisters nodded to get approval. Church leaders knew. Teachers knew. Neighbors turned on neighbors whose histories are still as tangled as the fishing twine of the sinking lobster traps. 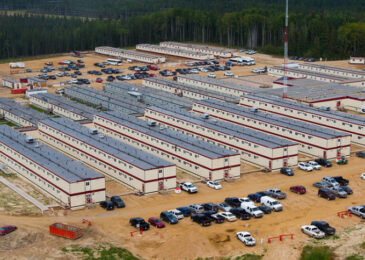 Margie Ann Cook, speaking for many Mi’kmaq women, strongly opposes the construction of a man camp housing up to 5,000 construction workers hired to build the Goldboro LNG processing facility, storage tanks and marine works in Guysborough County. This despite Pieridae’s claim of Mi’kmaq support for the project. 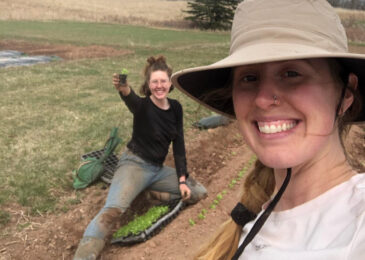 “I still have relationship building and learning to do around how to be a better ally, but being open to discomfort is a good start. As long as I’m living and growing on stolen land, I need to be actively working to address that fact.”
Reporter Paul Wartman speaks with Jessie and Rebecca MacInnis of the Spring Tide Farm about the complex connections between settler farmers, land, and Indigenous sovereignty. 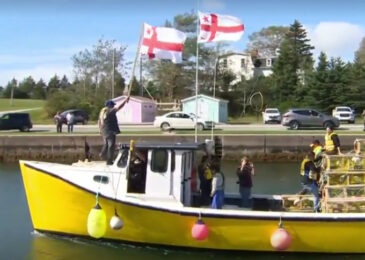 In mid-October, the Department of Fisheries and Oceans (DFO) seized around 200 lobster traps from Mi’kmaq fishers in Unama’ki (Cape Breton, Nova Scotia). “It’s a struggle for them. They’re not making a lot of money, but it’s not about the money,” Bernadette Marshall told Robin Tress “It’s about the treaty right, and we’ve waited long enough.” 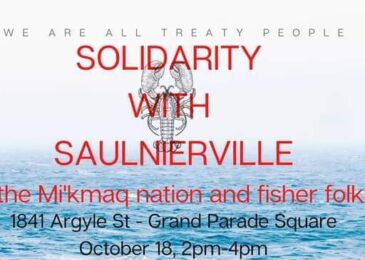 Please join us on Sunday October 18th from 2-4 pm for an action in solidarity with Mi’kmaq Fisher folks. We are all Treaty people and it is our duty to uphold Mi’kmaq treaty rights. 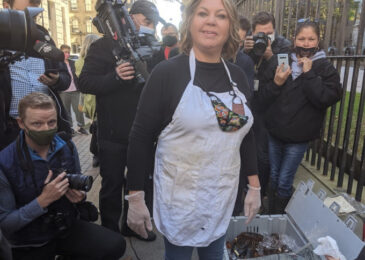 “I am so excited to see you all here to experience the very first Mi’kmaw self-regulated treaty sale in Nova Scotia,” Dr. Cheryl Maloney of Sipekne’katik told Haligonians looking to pick up some treaty lobster. We did a brief write-up and took some photos at the historic event. 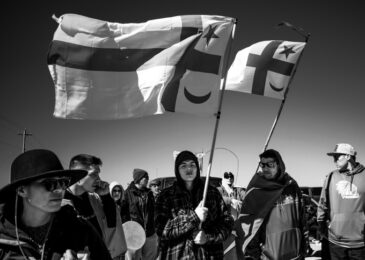 “The enemy of a healthy fishery is not the Mi’kmaq, but corporate profiteers like Mayer-Murphy and Risley who are bent on depleting this resource and resisting Mi’kmaq treaty rights. The Mi’kmaq fishery deserves our full support, while the corporate fishery should be shut down,” writes Chris Frazer.