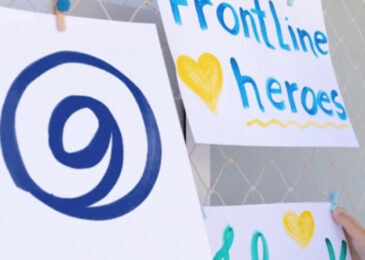 News brief: Nova Scotia’s health care workers have voted overwhelmingly in favour of a new collective agreement that includes annual wage increases into 2023 and contract language improvements. When the Statistics Canada estimated inflation rates over the period are taken into account most workers will be marginally less well off at the end of the contract. 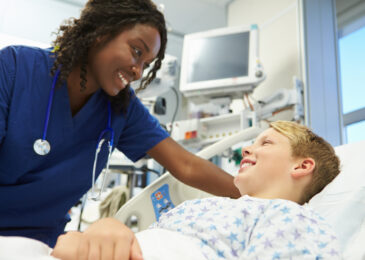 Media release: Nova Scotia’s health care workers have voted to ratify a new collective agreement. Eighty-two (82) per cent of the members who voted cast their ballot to accept the agreement, which provides for reasonable wage increases in each of the three years it spans, as well as significant language improvements. 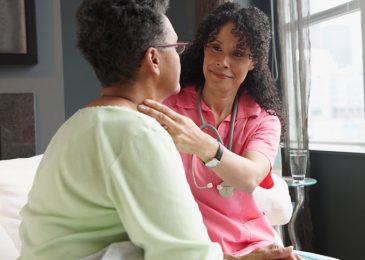 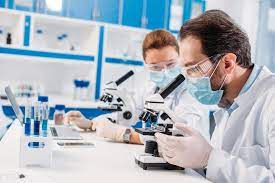 Media release: After hailing health care workers as “heroes” for the past 16 months, the Rankin government refuses to negotiate a deal that will lift many of these workers from being amongst the lowest paid in the country. Now, these same health care workers may be forced to take strike action to achieve a fair collective agreement. 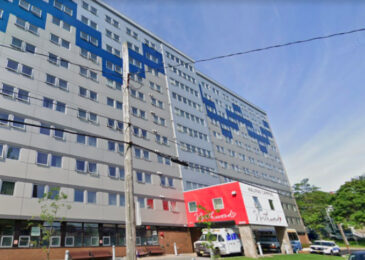 News release: Contract negotiations between health care workers and Northwood long-term care facility have come to a halt due to a lack of a bargaining mandate by the Nova Scotia government, says Unifor.

News release: Close to 4,000 nurses across Nova Scotia say they’re tired of waiting for government and their employers to implement a pay increase they are owed.

“The largest and one of the deadliest outbreaks of Covid-19 in a long-term care (LTC) facility in Canada is raising serious questions about how Nova Scotia’s government has handled the crisis – and whether ignoring early warnings from frontline workers and their unions had deadly consequences,” writes John McCracken. 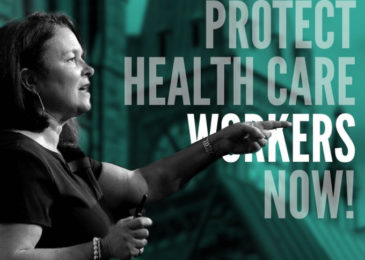 Nova Scotia’s health care Council of Unions is calling on government and employers to sign onto a safety protocol that ensures frontline workers are protected and supported during this unprecedented time. Tony Seed reports. 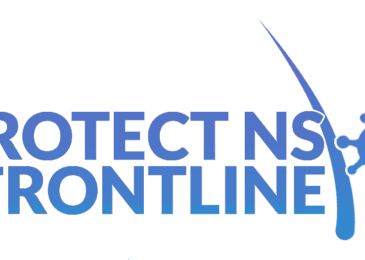 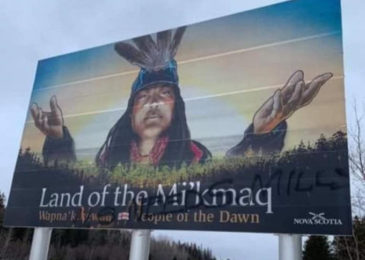 The defacement of the well known Mi’kmaq billboard at the NS-NB border is not an isolated incident. Pockets of Nova Scotia’s social media are abuzz with anti-Indigenous sentiments and the likes of Rebel Media are fanning the flames.