KJIPUKTUK (Halifax) – The Eisner Cove wetland, a 180 hectare piece of pristine wilderness, stretches from Shearwater all the way into the Penhorn/Woodlawn community in urban Dartmouth.

Residents of that neighborhood dearly love the presence of a bit of wildness in their backyard. But now they worry that new development is signalling a change for the worse.

It is just astoundingly beautiful there,” says Bill Zebedee, a 10-year resident of the area. “People here really enjoy it. There are walking trails throughout. This is one of the few clusters of forest we have in our community.”

“The thing that amazes me is the wildlife there,”Zebedee says. There are foxes, we have had deer on our property, sometimes five at a time. Just the other day I noticed a Peregrine Falcon.”

The portion of the wetlands in question is owned by Innovacorp, a Nova Scotia crown corporation set up to support technological start-ups.

Just the other day the city notified residents of the neighborhood that Innovacorp intends to carve off a piece of the wetlands for development. The plan is to rezone the lands from Institutional to Light Industrial, and construct a new industrial building. 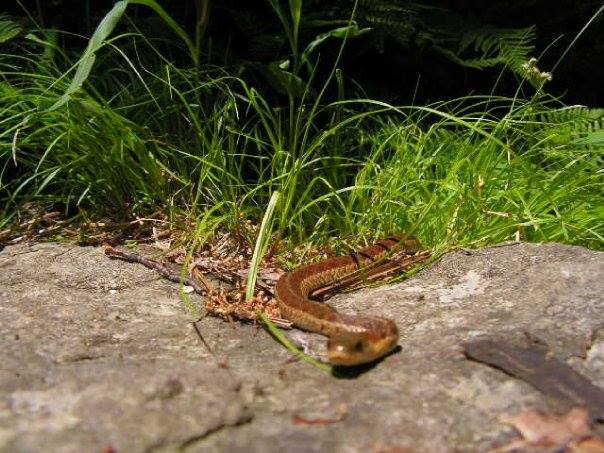 For Zebedee this is a wake-up call.

He would like to see all 180 hectares protected, but is now focused on the wetlands within his community.

Zebedee argues that the proposed development is against the community’s wishes.

In 2008 Zebedee chaired a community exercise to articulate what the neighborhood should look like in the future. The resulting document leaves no doubt as to what residents want to happen with the wetlands.

“The Vision area includes two significant wetlands: Eisner Cove wetland (which is bisected by Highway 111), and another on the north side of Russell Lake. Home to a number of white tailed deer, fox, sharp-shinned hawks and other wildlife, the wetlands, although already impacted by surrounding development, are seen as valuable ecological assets to the community that should be protected,”  the report states.

“An elevated boardwalk in the wetlands, particularly Eisner Cove wetland behind Woodside Industrial Park, could improve community access to these areas while protecting the fragile wetland habitat,” the report suggests.

Zebedee started a facebook group Save Eisner Cove Wetland that is finding lots of supporters.

“It is going to be interesting,” says Zebedee. “As of right the owner can do what it wants with the property. But people will be very upset if anybody goes against the wishes of the community.”

Next Post My Week on Welfare, four months later