The smell of manure is so pervasive that people who live close to Memento Farm no longer enjoy the use of their properties. Windows are kept shut even on warm summer days. An outside barbecue is out of the question.

Dust from the farm’s driveway, and manure runoff onto adjoining properties add to the misery.

“Three rats went by my house last night, around 7:30,” Dennis Parsons, who lives across the road from the farm, tells the Nova Scotia Advocate.  “We never had rats in Lucasville before.”

For a while residents believed there was something they could do about the nuisance farm.

It was discovered that Memento Farms, which has been in the community for thirteen years or so, was not compliant with zoning for the area. Boarding horses was fine, but the riding lessons and equestrian events offered at the site were illegal.

That realization triggered a development agreement process initiated by the farm. The process would have allowed the community to put at least some constraints on the operation.

Based on the residents’ input the municipality could have set limits on the number of horses boarding at the farm. HRM  could also have imposed a stormwater management regime, ordered  more intense rodent controls, and set conditions around manure storage and removal.

But it was not to be.

The farm will continue to board horses, which is its bread and butter.

It’s all in accordance with the law, no doubt. But it has the community upset.

“We’re very inconsequential. It’s only Lucasville, and you are taking the decision out of our hands,” a frustrated Iris Drummond, chair of the Lucasville Community Association, told Vipond.

“What will the development department do about the runoff from the horse manure, the smell and the dust.  There is nothing being done about it. What can we do about it,” Lucasville resident Velma Parsons asked.

“So they can continue to have their horses and have all the dust fly around the community, people can’t sit on their decks and enjoy their property, and all the smell, that’s what they are going to let go in this community?”

There is nothing HRM can do, was the reply, rendering hours of research and meetings by community members useless. A petition that gathered many signatures turned null and void just like that.

The only option now appears to be an intervention by the provincial department of Environment, or possibly the department of Agriculture. 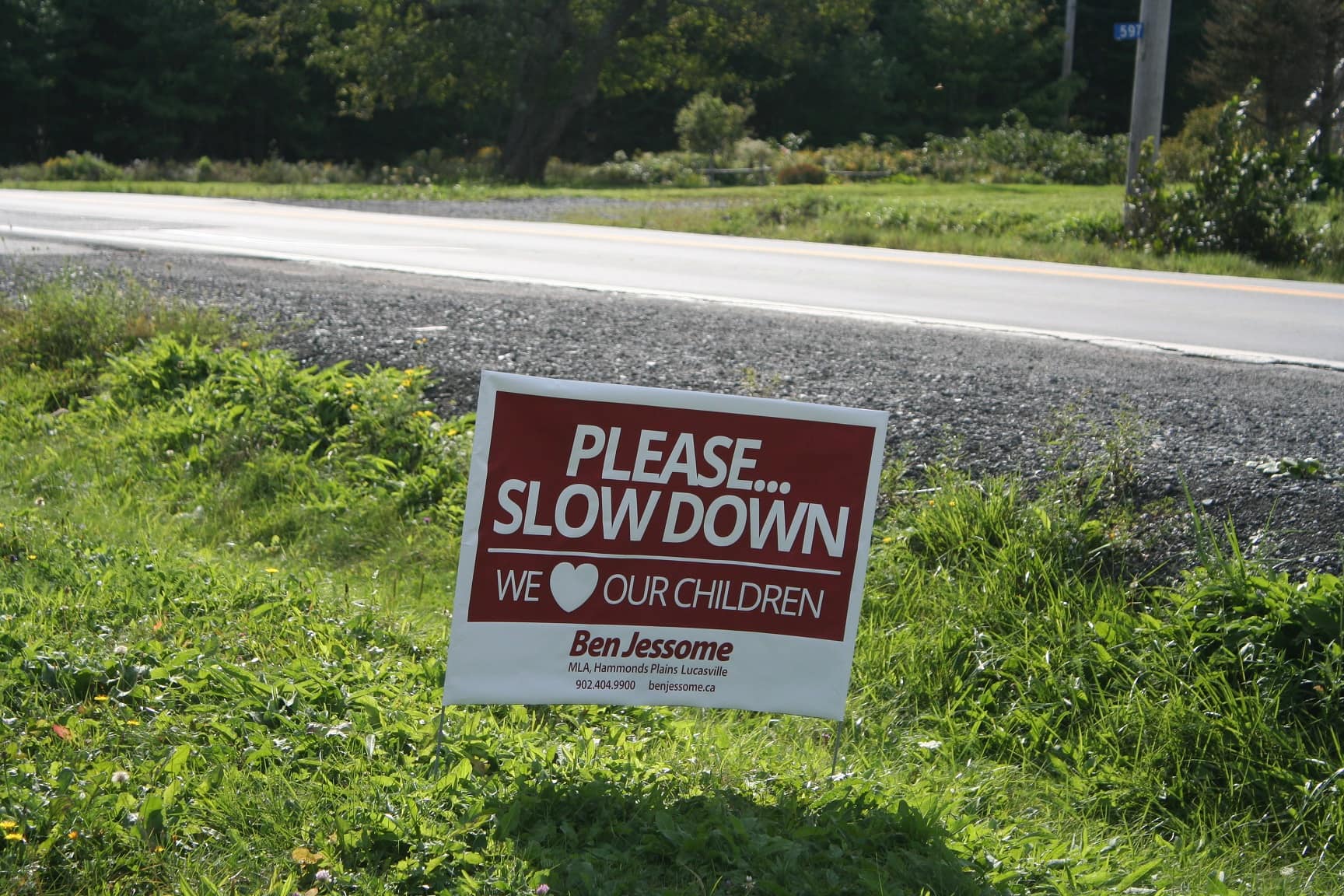 The farm is only the latest in a long list of complaints that have been ignored, people say.

Lucasville Road, the main drag along which most residents live, is too narrow, has no paved sidewalks and cars tend to drive too fast. Residents fear for their children’s safety.

Residents have been lobbying for some kind of bus or shuttle service into Sackville, but to no avail.

For many residents these grievances raise the spectre of a racism.

It’s no coincidence the farm ended up in their backyard, they say. It’s what often happens to marginalized communities of colour that lack political power.

Many studies point to a disproportionate location of landfills and other environmental hazards close to racially marginalized communities.

These are all communities in Nova Scotia with two things in common. Toxic industries, landfills and waste dumps are situated close to where people live, and the population is predominantly African-Nova Scotian or Mi’kmaw.

Add Lucasville to that list of communities as well, the residents say.

“Yes, we are disadvantaged. We’re not always highly educated. We get lower pay in many cases. But this is our hallowed ground,” Stephen Oliver tells the Nova Scotia Advocate. “All we ask is that we are all treated equal.”

“If you wonder how black communities historically have been erased, you can look at Lucasville and compare it to Africville,” says Deborah Emmerson, producer of an excellent documentary on the Lucasville community.

“They put a dump in Africville. Then they put the jail there. Eventually the community was so condemned and contaminated that it had to be dismantled.

“You keep putting farm after farm in Lucasville. It’s a small community, and we are going to be contaminated and we won’t be able to live here. It’s just a matter of time.

“That is how systemic racism works.”