KJIPUKTUK (Halifax) – This weekend’s video features Donald Marshall Jr, the Mi’kmaq activist from Cape Breton who at a very young age was convicted of a murder he didn’t commit. 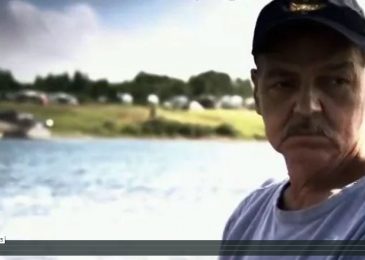 The documentary / docudrama The Donald Marshall Jr. Story does a good job laying out the facts of the case, including how local Sydney police intimidated witnesses, and not only ignored evidence of Marshall’s innocence, but actively kept it from the defense.

It also briefly touches on the Royal Inquiry triggered by Marshall’s case that found widespread racism in the Nova Scotia’s judicial system. Marshall’s victorious court case later on in life in defense of fishing and hunting rights of members of the Mi’kmaq Nation is also referenced.

Marshall talks about his 12 years in prison hell,  his powerlessness during the criminal case, his anger at Nova Scotia’s racist police and judicial system.

It all happened not very long ago. And sadly it seems that not that much has changed.

The documentary was written and directed by Ida Eva Zielinska.  Click here to see the video on Vimeo.

Previous Post The stories are all too real. Sexual assaults at Atlantic Canada’s universities

Next Post Nothing about us without us. People First Nova Scotia is going to Florida