KJIPUKTUK (Halifax) – As part of changing our current system of Employment Support and Income Assistance (ESIA), the idea of a guaranteed basic annual income needs to be looked at seriously by government. 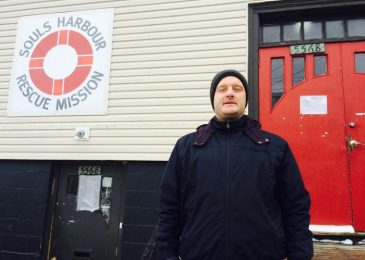 There is talk within the federal government about getting this started. As part of the ESIA transformation happening here in Nova Scotia, are they even looking at turning our current system into a guaranteed income system? This we do not know because the department of Community Services is remaining so secretive about what they are doing

The reality is that our current ESIA system does not treat persons with disabilities with respect. To see proof just read for instance my Media Co-op article Why income assistance clients fear the annual Review.

Under the system which I am proposing in this article, annual reviews would not be needed because eligibility to receive income under this system would be unconditional and automatic.

Another Media Co-op article I wrote, entitled Rigid rules for special diet allowances are hurting, refers to part of the case for a  guaranteed income system.

The current system puts single moms who depend on the system at risk, claw backs from other sources of income, and does not meet the fundamental needs of those who have no choice in life but to depend on the current ESIA system.

One of the biggest reasons as to why income assistance clients cannot get all their living needs funded through the current program is because of how clear the policies within the ESIA policy manual are. For evidence of that, see my past Media Co-op articles Hoping for a miracle, and Op-Ed: Why aren’t politicians listening to people living in poverty?.

And no one will listen when you try to fight the current ESIA system. Just read the article written by Rana Encol titled No special diet for Income Assistance recipient, about my fight to get my special diet reinstated, all the way to the Nova Scotia Supreme Court.

There is one answer to resolve the different issues that income assistance clients are having with their caseworkers and the ESIA system.

People have a lot to say about welfare. Actually, in other places welfare is actually called welfare, here in Nova Scotia it is called income assistance. I feel that what they call it here in Nova Scotia is a much nicer term, however the outcome of people who depend on it is very negative. It is not a nice system. It is a system that downgrades.

These same people say that people who are on the ESIA system are just people who are lazy and do not want to work. From my experiences of knowing the poverty community, that myth is not true.

A guaranteed income system would better respect the rights of persons with disabilities. Doctors could better support this system because there would be less paperwork for them involved.

To live an acceptable quality of life on the most basic level, everyone who works would still have a back-up income source. You have to feed, clothe, and house yourself. Those things cost money, so you have to work for money. This system would provide enough money for all of these needs which the current ESIA allowances in Nova Scotia don’t.

One nice effect is that this guaranteed income system would also increase power and freedom for the people. Under the current ESIA system in Nova Scotia, the system makes it hard for clients to go back to school and get a higher education, make it difficult to eat healthy, and difficult to maintain independence.

Whereas single moms would not have their child support payments clawed back, this system would mean that their kids would live and grow up healthier.

Under a guaranteed basic income system, benefit levels would be enough to keep people out of poverty. The figure that I hear that those who are advocating to get guaranteed income started is $1800 a month.

That would be a great living allowance if it could happen.