All this back and forth on the CBC about Fidel Castro’s death is enough to make any Canadian worth her salt forget to put it on her steps at today’s first snowfall.

It seems that – according to the CBC — the late Fidel Castro was a saint to some, and a sinner to others. How original. 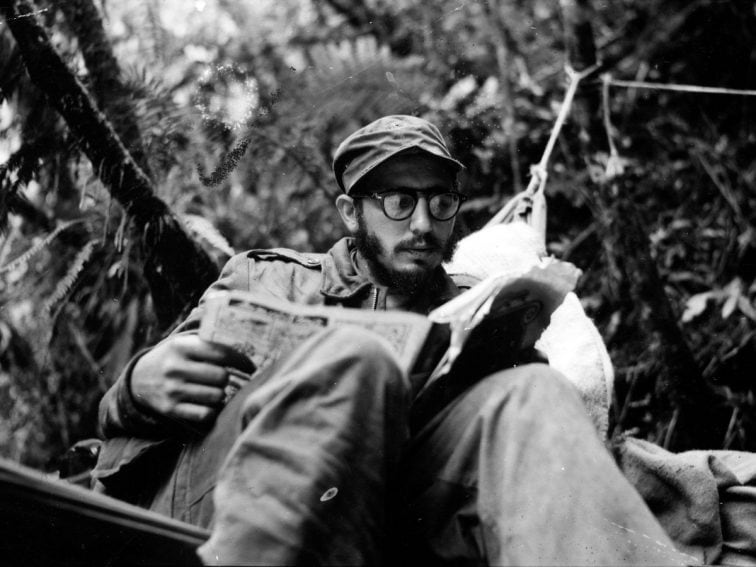 The World At Six told us that the Cubans who left in the wake of the 1959 Cuban revolution and their relatives are partying in the streets of Miami tonight. However, as the CBC reminds us in somber tones, no one in Cuba is allowed to celebrate el commandante’s death for the next nine days of national mourning. No parties for nine days – that’s quite a sacrifice. Unlike in Canada, where I’m sure lots of Canadians were keen to party after the elder Trudeau’s death in 2000.

But in the US — capitalist heartland, and here in the heartland’s junior partner, our media has to protect us from thinking that Castro was anything but a failure.

But, truth be told, it wasn’t Castro who was the failure. It was the US – starting with the ill-fated CIA-sponsored 1961 American invasion at Cuba’s Bay of Pigs. 60,000 Cuban troops easily beat back the 1,400 US-trained Cuban exiles, who had to surrender within 24 hours of their attempted invasion.

The US’s failure to overthrow Castro continued with the well-documented 638 assassination attempts on his life— efforts that included exploding cigars, poisoned syringes, and femmes fatales. None was successful. And in 2006, the UK’s Channel 4 made an excellent documentary film about the 638 attempts.

The Americans couldn’t even keep the Cuban Five in jail for life – as they once vowed they would. In 1998, these Cuban intelligence officers were jailed for years in the US. There was enough evidence of unfair trials that their convictions were overturned in 2005, then – due to political pressure in the US — reinstated. Finally, by 2014 all five had been released.

And the US couldn’t keep the Vatican from saying nice things about Castro in life as in death. Pope Francis recently paid Cuba a visit, as did Pope John Paul II in 1998.

Six months ago when, amidst huge fanfare, President Obama visited Cuba, Castro was not impressed. He wrote, “We don’t need any gifts from the Empire.” He reminded readers of Granma, the Cuban Communist Party’s newspaper, that in addition to trying to murder him, the US had imposed economic and trade embargoes against Cuba for more than five decades.

The last socialist giant of the 20th century has died. And we Canadians – as well as the Cuban people – are a lot poorer for it.

The last words are from Fidel. “My death was made up so many times,” Castro once said. “On the day I die for real, no one will believe it anymore.”

Judy Haiven is a professor in the Management Department of St. Mary’s University and a social activist. She is the Chair of the Nova Scotia chapter of the Canadian Centre for Policy Alternatives.

Next Post All alone. Kendall Worth on the roots of isolation