There were large teacher rallies at MLA constituency offices. There was the work to rule announcement by a united Nova Scotia Teachers Union. 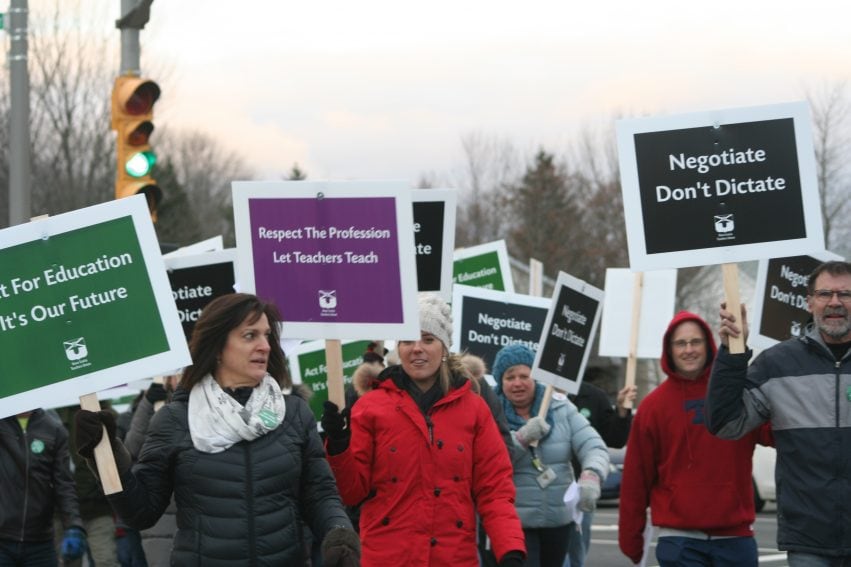 There was an Auditor report revealing that many capital spending decisions at the Department of Education  aren’t based on needs, but on political considerations, with Education minister Karen Casey and Premier Stephen McNeil directly implicated .

Then there was an impressive walk-out by students. Not just a few. And not just in Halifax, but all over the province.

What’s more, working to rule showed the extent to which teachers go beyond the call of duty every day. All the extracurricular stuff, the coaching of sports teams, the concerts, the drama clubs.

So the government just did what it has been doing in situations like these ever since it was elected. It uses legislation to make it all go away.  Remember the home care workers? Remember Bill 100 and the university workers, remember the NSGEU nurses?

Removing the right to strike like this will inevitably be fought in court and found to go against the charter, and a future government will be ordered to pay compensation. But McNeil doesn’t care, the operative word here is future.

The government is also saying that teachers must report to work on Monday, ensuring that there will be no more teachers rallying at MLAs’ constituency offices or Province House as the proposed back to work legislation that the Liberals intend to proclaim winds its way through the legislature.

There is something deeply disheartening when your rights are removed with the stroke of a pen. You feel powerless. As if you don’t matter. As if you’re not fighting for what you honestly believe to be right. It’s like a kick in the guts.

Next Post Call for pitches. The Nova Scotia Advocate is in the money!