KJIPUKTUK (Halifax) – As we in Nova Scotia near the close of another election cycle, we are bombarded with the same familiar rhetoric. We are told firmly that our “participation” in the election cycle is a civic duty, and without it democracy will die. We hear that those who refuse to vote are apathetic, cynical, or alienated. We are told “elections matter,” so much that our political and organizational energy should go into canvassing and doing the legwork for potential candidates.

Often, when the desired party is not elected, those who did not participate are told that they are the problem. Most recently this happened during the recent US federal election. People who voted for “third parties,” or otherwise abstained from voting for the lesser of the two evils were shamed for “getting Trump into office,” despite the fact that the electoral college is rigged, and that Clinton won the popular vote. 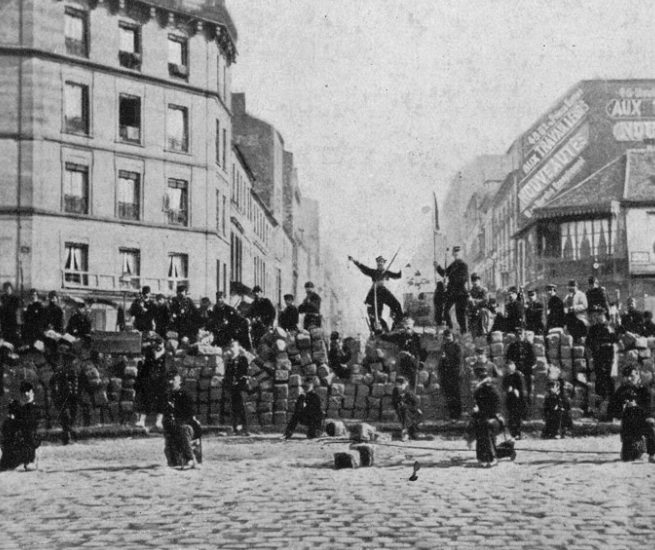 In the midst of this bombastic, cataclysmic, and sometimes down right nasty rhetoric we rarely have the opportunity to discuss honestly what elections, representative democracy and voting actually mean. For those of us interested in fundamental social change, it is important to realize that representative democracy is about validating the rule of the privileged and dispersing the energy of our social movements which aim to challenge that rule.

Elections as a tool of social pacification

Throughout the last ten years, Canada has seen the growth and decline of massive grassroots social movements. Idle No More, Black Lives Matter, Occupy, the Quebec Student Strike; these are all examples of hundreds of thousands of Canadians fighting to take back control of their streets, workplaces and communities.

Pressure from these movements have halted and cancelled the construction of oil and gas infrastructure, halted tuition increases and brought formally peripheral ideas into mainstream political discourse. Discussions about social services, the role of police in our society, post secondary education, the tar sands, and Indigenous sovereignty are now parts of mainstream political discussion because of these movements.

Particularly in the Quebec Student Strike, but also to a lesser extent in other movements, elections helped redirect public energy and demobilize grassroots struggle. In the Fall of 2012 the strike ended with the ousting of Jean Charest and the election of the nationalist Parti Québécois. This change of figureheads combined with an increase in police and legal repression caused the student movement – that had maintained pressure for months – to dissipate in short order.

Without the constant grassroots pressure the nationalist and the next Liberal government were able to institute tuition increases – the very demand of the months long strike. With the perceived ‘change in power,’ and without the tools to continue the student strike, the original plan to raise tuition was enacted without public resistance.

Through elections and encouraging voter participation a government can legitimize its political project. The higher the voter turnout, the more legitimate the political decisions of that particular party. After a year under Justin Trudeau and the Liberals, the exact same issues which mobilized people under Harper and lead to ousting the Conservatives in the 2015 election are continuing to intensify; all without the massive public pressure which slowed the processes during the previous government. Because Trudeau’s mandate rests on a strong majority with high voter turnout, and because his politics appear inoffensive, it is harder to mobilize political resistance against his government. This is despite that on the issues of tar sands expansion, international trade, expanding police powers, Indigenous sovereignty, and refugees/immigration Trudeau has built off the groundwork Harper laid.

The same can be said for the change in the Nova Scotia provincial government in 2013. At that time, the issue of NS Power’s monopoly on energy, and the overpriced Maritime Link project, were keys issues of discontent. Though the Liberals ran on a platform which promised to break Emera’s monopoly on energy in the province, this not only did not change, but consumer electricity rates have continued to rise since they came to office. Before the election, public pressure on a myriad of issues related to climate, energy and indigenous sovereignty were raised. After the election, this energy dispersed and possible solutions faded back to the fringes of public thought.

In both of these cases election cycles helped demobilize movements and frustrate public discourse around issues which challenged the legitimacy of the state and capitalists.

We are not saying that all political parties are the same, rather the way that our political institutions work require that any party’s primary interest lie in winning elections rather than representing a particular set of ideals or the desires of those they are charged to represent. Furthermore, by virtue of the distance between elected officials and those who vote for them, what is being heard is not (as is often advertised) the voice of the people but rather the voice of a particular person with interests that lay with some parts of their community but not all. The reality is that if democracy is to mean anything it must be direct.

We are not saying that you should or shouldn’t vote. Voting or not voting is simply not enough. Food and health insecurity, job and housing precarity, institutional oppression are political issues which we live with everyday. These political realities do not stop or start or change with the election of a new party or different leadership. It is not as simply as Metro columnist Tristan Cleveland argues that voting is, “the only way to get all our voices heard.” The reality is we have voices already, but those voices do not hold the power to change the everyday issues that affect us all.

Institutions which have control over the political reality of our lives, are not in any meaningful way accountable to us. Often the very existence of these institutions affirms and even depends on the oppression we face in our daily lives. If we are to positively change these realities, it requires vesting political power and energy into our communities. It requires taking back control and responsibility for our lives and the lives of those in our community. We cannot rely nor expect people who do not have our interest at heart, who exert power and privilege over us, to control and manipulate our lives in a way which benefits us. We must build organizations which seek to solve the problems of our political reality directly. We must build a world which is meaningfully democratic.

A more direct approach to democracy means, for example, building co-ops which are run collectively by members of the community that can meet the needs of those who live there. These directly accountable ways of providing goods and services help make is less dependent on the shifting allegiances of politicians.

It could also mean starting solidarity networks, workers’ councils and organizations which are independent of both the tyranny of the bosses and the immobility of big impersonal trade unions. By moving away from the dependency-forming “Rand Formula” model, we can employ a broader diversity of tactics effectively without fear of large fines due to labour law violations.

The problems people face surrounding housing and rental markets could be dealt with by creating tenant organizations and housing co-ops, which can challenge the power of landlords, and on a large enough scale affect the real estate market itself.

If we understand that the politics of our lives, our communities, and ultimately of our world do not stop and start with elections cycles, then we must understand what we must do to shift the balance of power into our favour. This cannot happen if we keep promoting the idea that elections are meaningful avenues of social change. We have to understand that building organizations which can take back power from the state and from capital must take precedence over running campaigns for parties who, no matter their intentions, are structurally dependent on the support of the capitalist class.

If you would like to have further discussion about where people interested in building community power should focus their energy, you can contact us at autonomyeast@gmail.com.