KJIPUKTUK (Halifax) – A proposed private, long-term use of Halifax Common lands is not permitted under legislation governing the Halifax Common. Nor is it considered in the 1994 Halifax Common Plan documents which emphasize that temporary events are for a “limited amount of time” or a “short period of time” and understood to not restrict “general public use and access”.

Friends of Halifax Common asks HRM Mayor and Council to do its homework before it pursues a private partnership to put a 3,000 – 6,000 person stadium on the Halifax Commons’ Wanderer’s Grounds. 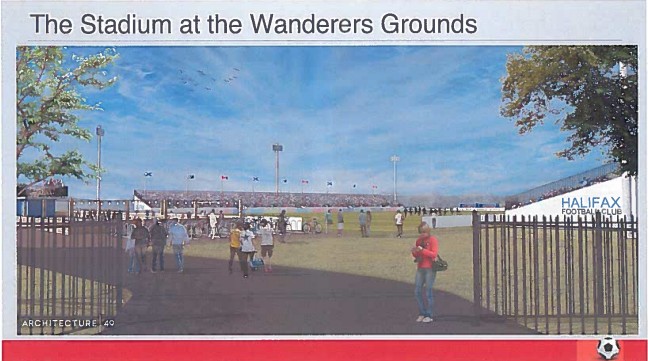 The proposal involves many questions but the larger issue is the private use of the public’s space for private profit of a private businessman. The developer’s promotional language readily adopted by HRM staff or Council such as “pop-up” and “temporary” and “small” does not apply to the project as the private business seeks a substantive long-term commitment of three years and extension to six years or more.

“Its disappointing that HRM is more motivated to set up a private business on the Halifax Common than to work on its basic commitment of managing the lands for public benefit,” said Peggy Cameron, co-chair of Friends of Halifax Common. “If the Wanderer’s Grounds was in such bad shape it couldn’t be used for last year’s Rugby Tournament that’s the reason to fix it this year, its not the reason to do a side-deal with a private business,” said Cameron.

FHC has written to Councillor Waye Mason to caution him against his selective use of the 1994 Halifax Common Plan to find statements that seem supportive of such a venture but that are taken out of context. The over arching theme of the documents is that “privately sponsored events with paid admission on the Common are acceptable provided they are open to all with paid admission and the public is denied general use for only a short period of time.”

Rather than just agreeing to the first unsolicited project idea for a stadium, FHC suggests that a better process would be for the Mayor and Council to issue an RFP. That process should have criteria for a site near where the bulk of HRM’s population lives, that is better served by public transit, parking and road access, and that if successful should be able to be made permanent or expand. Some possibilities might include Exhibition Park, Burnside, Bayer’s Lake, Dartmouth Crossing.

FHC was founded in 2007 and works to ensure that space on the Halifax Common is protected as per the public’s wishes and as recorded in the 1994 Halifax Common Plan.

Peggy Cameron is a founding member of Friends of the Halifax Common, a group of citizens that wants the Halifax Common to remain green and publicly owned. This piece is in reaction to an uninvited proposal by a private business person to build a 3,000 – 7,000 seat soccer stadium on the Wanderer’s Grounds, to remain there for three years, with an option to renew for an additional three years. Oh yeah, the developer also wants naming rights for the proposed stadium. City staff is all for it and deviating from the regular process to get it approved asap.