KJIPUKTUK (Halifax) – I know a massage therapist in Halifax who dumpster dives.  The 26-year-old masseur calls it ‘dumpstering’.  Night after night he goes out to search through grocery and retail stores’ green bins. “Some stores are now locking their dumpsters — I guess it’s about their willingness to assume risk,” says “Jake”.

“It used to be a cheap way to get food.  Some groceries put out perfectly good vegetables and fruit, and same day bread. Even cheese went out.  But now you need to go further afield.  It’s more expensive because you need to have a car to get out to suburban outlets that don’t lock their bins.” 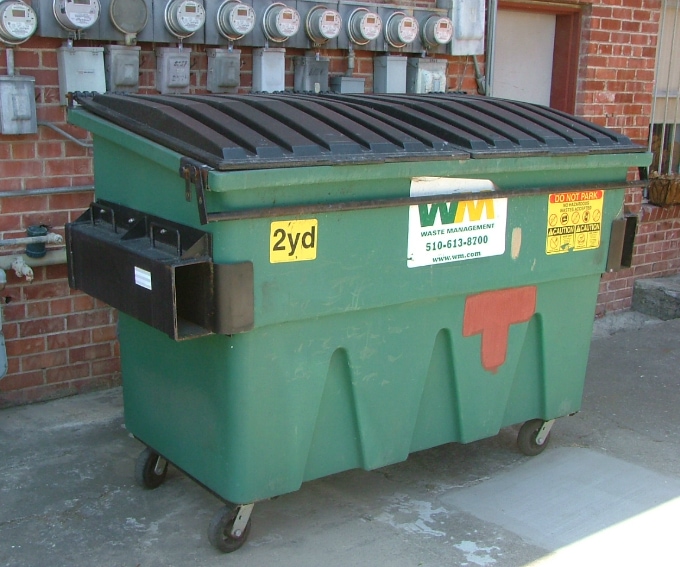 Wait a minute — isn’t Jake a massage therapist?  Yes –and he is proud of having received his two-year diploma from an accredited  massage college  in Halifax.  But he says he can’t make a living as a ‘professional’.  How can that be?

Let’s look at the financials.

Jake works for a massage chain with 73 locations across Canada — 80 by the end of the year.  The clinics are open from 9-9 weekdays and 9-5 pm weekends.  In Halifax, at one location alone there are 18 massage therapists on the roster; there are enough therapists available  most days and most times.

If the regular charge for a one hour massage is $89.99 and in the course of a weekday there are 48 sessions available (four individual  rooms operating 12 hours), there is the potential for the employer to rake in $4320 a day.  These are straight up massages, not the hot stone and other custom treatments which are more expensive to book.

And don’t forget the weekends, let’s say the business runs eight hours each of Saturday and Sunday, with only three massage rooms available — that’s another 48 hours of possible treatments, so add another $2160 per day on the weekend.

Grand total for the 7 day a week operation, 3-4 massage rooms in play for 12 hours on weekdays plus  8 hours a day on weekends — brings in roughly $25,000 a week.  And with 73 locations across Canada, that adds up to $1.9 million per week in revenue.

Of course any location could bring in less revenue.  For example, maybe some of the 49 locations in Ontario  are smaller operations, with fewer staff.  On the other hand some locations could be bigger.  In Alberta there are only 8 locations — and given the 23% higher average wage in Alberta (compared with Nova Scotia),  it could be those clinics are busier than the one I looked at in Halifax.

So if the clinic is so busy, why isn’t Jake able to buy fruit and veg by walking in thru the front doors of a grocery store rather than dumpstering at the back in the wee hours?

The massage clinic website tells me that in exchange for receiving a steady bi-weekly wage, massage therapists don’t have to pay for laundry, or rent and don’t have to worry about security, the cost of office administration or invoicing customers.

But let’s think about the profession of massage.  First it is a regulated profession, a massage therapist must have the college training and be registered, hence Jake has these initials RMT (Registered Massage Therapist) after his name.  That means that the profession polices its members to ensure there is no sexual misconduct, or hurtful practices or irregularities with fees.  Second, massage therapists have to be trustworthy — they are touching your naked body; their touch is meant to be healing and relaxing — a more personal experience than a visit to your GP.

People who go to massage therapists are middle class and higher — poor people who need the relaxation and personal attention to their bodies are shut out.  Unless a doctor prescribes it, and social assistance is forced to pay, poor people don’t have the means to pay for it.  And most of the working poor who earn a minimum wage  of $10.70 an hour or usually under $12 per hour,  have no access to extended health benefits (which can cover the cost of massage) through their employers.

Finally, massage therapists are quite low paid compared to others who have a two year diploma from a reputable college.

By comparison, the following professions also require a two year community college diploma. Air craft mechanics start at $22 per hour; library technicians start at $22 per hour, architectural craftspeople start at $17.75 an hour and Licensed Practical Nurses (LPNs) start at $25 per hour.  With massage therapists earning just over $16 an hour, it is nearly $3 less an hour than the Living Wage for people in Halifax which in 2016 was  $19.17 an hour.  (See the Canadian Centre for Policy Alternatives site here:   https://www.policyalternatives.ca/publications/reports/working-living-not-living-work-0

At $16.40 an hour, it is little wonder that Jake has to dumpster dive to put food on his table.

Previous Post Kendall Worth: Why I spoke at the Halifax Labour Day event and what I learned