KJIPUKTUK (Halifax) – You couldn’t, if you tried, think of a more law-abiding group of people than crown attorneys. Not only are they lawyers, part of a profession sworn to uphold the law and a very strict code of ethics about it. But they are an essential part of our criminal justice system, charged with prosecuting lawbreakers. Who would have thought that crown attorneys would be part of a deliberate, collective defiance of the law? 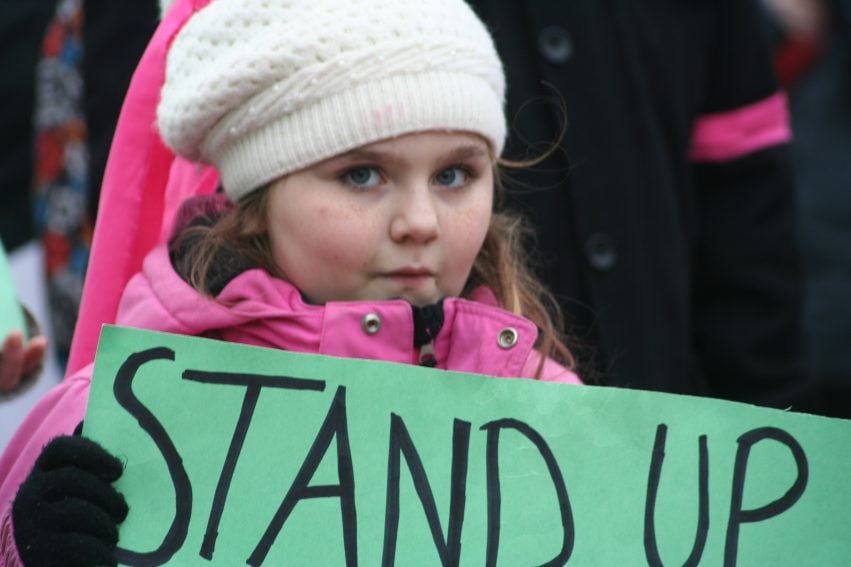 Yet, in 1999, Nova Scotia crown attorneys did just that, walking off the job illegally, no doubt shocking not only the public, but the government and their fellow lawyers as well. The criminal justice system ground to a halt. But within two days the government had reached a settlement with them.

Forbidden by law of the day from engaging in unionization and collective bargaining and thwarted in their attempts to negotiate terms and conditions of their employment, the crown attorneys engaged in a willful act of civil disobedience – and contributed to changing legal and labour history.

Sometimes you just have to show that, as Mr. Bumble says in Dickens’ novel Oliver Twist, “The law is a ass – a idiot.” It is not at all uncommon in Canadian labour history for workers to give that message to employers and the government.

On February 20, Nova Scotia teachers will vote whether or not to engage in a strike to protest changes in the system of public education meant to remove elected school boards, further enfeeble the union and impose government control.

Technically speaking, any such teacher’s strike will be illegal.

The reason is that a collective agreement is technically in force. Part of the supposed tacit agreement between Canadian workers and their governments is that the right to strike will be exercised during a very specific period at the expiry of a collective agreement. Once the workers have voted to accept the agreement, then they agree to keep the peace, refrain from striking, and abide by the agreement until the next legal bargaining period arises.

Problem is, Nova Scotia teachers never did get the opportunity to vote on the current collective agreement. It was imposed upon them by Bill 75, the Teachers’ Professional Agreement and Classroom Improvements (2017) Act, rammed through the legislature in unseemly haste almost exactly one year ago.

Not only was the contract never ratified by the teachers, that piece of legislation is very possibly unconstitutional. The Supreme Court of Canada ruled in 2015 that workers’ right to join unions, engage in collective bargaining and to strike is protected by the Charter of Rights and Freedoms. The highest court says that governments can deny the right to strike only when a reasonable substitute is available – i.e. binding, unfettered third-party arbitration. But the Nova Scotia government wants neither strikes nor arbitration. Like big brother, it wants labour to knuckle under to its dictat. That is why the law is now subject to a legal challenge in the Nova Scotia Court of Appeal.

The tacit agreement or social contract between workers and their governments is very fragile. It works only when it is seen as legitimate. Break that essential trust and all hell can break loose.

Moreover, when you have a group of law-respecting people decide to disrespect the law, governments have big problems. The harder they try to punish the miscreants, the more trouble they invite. Scholars call this a “crisis of legitimation.”

In 1983, the Government of Alberta made all strikes in health care illegal. Five years later, Alberta nurses threatened to strike during the Calgary Winter Olympics. When health care employers and the government attempted to block a nurses’ strike vote at the Labour Relations Board, it only stiffened nurses’ resolve. The strike proceeded despite the law and public support for the nurses grew.

British Columbia governments attempted to block that province’s teachers from negotiating class sizes and several other issues and on several occasions forbade teachers from striking. During the first two decades of this century, BC teachers have struck illegally on at least two occasions. And the Supreme Court of Canada ruled that the BC government was wrong in imposing such restrictions and ordered it to compensate the union and teachers for these breaches. Again, public sympathy was with the teachers.

We are headed toward interesting times here in Nova Scotia.

Larry Haiven is professor emeritus of the Sobey School of Business, Saint Mary’s University, and a research associate of the Canadian Centre for Policy Alternatives – Nova Scotia.

If you can, please support the Nova Scotia Advocate so that it can continue to cover issues such as poverty, racism, exclusion, workers’ rights and the environment in Nova Scotia. A pay wall is not an option, since it would exclude many readers who don’t have any disposable income at all. We rely entirely on one-time donations and a small group of super nice monthly sustainers.

Previous Post ‘Novalea IS Gottingen, plain and simple.’ How a rigged survey triggered a name change and humiliated a community

Next Post Op-ed: How government let my students down