KJIPUKTUK (Halifax) – Sarah who is 12, lives with her mom and her orange tabby Sam in a sparsely furnished and tidy one bedroom apartment in Halifax. Her mother Kelly strokes her hair as she tells me her story. Her blonde hair is cut short and keeps falling into her eyes. She bites her lip as she talks and frequently checks for approval from her mother.

“Even though I know they’re gone, I still can’t sleep,” Sarah says. Tears flow as she talks quietly. “We thought they were gone before and they just came back.”

Kelly winces and closes her eyes as her daughter speaks. The story slowly comes out, about a year ago Sarah started complaining of bites. Her mother thought they were regular bug bites, until her daughter came to her upset one night saying there were little red bugs in her bed. 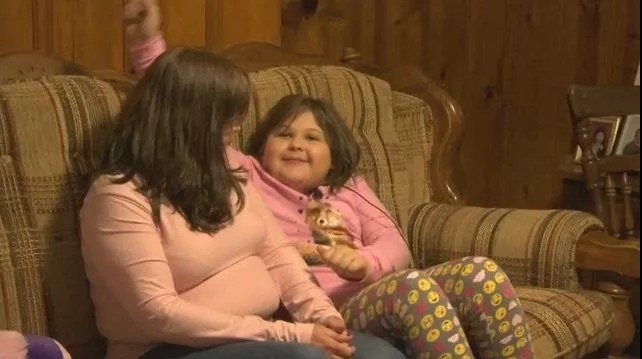 “I didn’t know what to do,” Kelly says. “I had never seen a bedbug before. I started looking online and couldn’t find much help. The cost of spraying was more than I could pay and I panicked. I was afraid to tell my landlord, I was afraid to tell anyone, because I didn’t want to be judged.” She got a clothes steamer and threw out a lot of her furniture. She sprinkled diatomaceous earth everywhere and dried all their clothes on high. “I did that for 2 months before I got the courage to tell my landlord. He said they didn’t know where they came from and I needed to handle it.”

What followed was months of fighting with her landlord to get him to spray repeatedly. “He kept saying they should be gone, I kept telling him they weren’t.” Word got out in the neighborhood and friends stopped being allowed to play with the gentle little girl. “I couldn’t sleep because all I thought about was the bugs biting me.” Sarah says.

Kelly talks about trying to close her eyes at night, lying in a bed she knew would turn into a feeding ground as soon as she slept. Bed bugs are attracted to the carbon dioxide we exhale while we sleep. They hide during the day in crevasses and corners.

Females produce between 5 and 12  eggs a day and then those eggs hatch in 10 to 14 days. Within 2 weeks they are mature and the problem explodes. Because they hide during the day many people don’t notice they have them until their living quarters are infested. The bugs can travel from home to home on clothes or family pets and in some cases have become resistant to some kinds of insecticides. So getting rid of them can be near impossible. Especially with the judgment the public feels at just the word. “I was afraid to ask for help.” Kelly says.

Kelly has a chronic illness that keeps her from being able to work. She has a small monthly check that barely covers her bills. When she called her Community Services case worker she was told that they don’t deal with bedbugs. “He laughed and said they might cover the cost of bed covers and laundry. But how do you come up with money you don’t have? … When I put in the receipts I was declined.”

As this problem spreads, we need to be willing to talk about it. People in need should be able to access resources and not feel judged. Halifax is rated number seven in bedbug infestation in Canada. Living in an apartment, as do many people on low incomes, can be risky. The pests can travel through the smallest of cracks. Spraying can just cause them to move on to the next apartment. Landlords often blame the tenants. But in many cases the infestations are caused by the inaction of property owners.

Kelly now has bed bug covers on all her beds, they are covers that trap bed bugs inside and they can not escape. They can be purchased through many pest control companies, but can be found online for much less..You want to make sure they are certified bed bug resistant and have the proper zippers to keep bed bugs out of the mattress. She also has bed bug traps under the legs of all her beds, they are small plastic trays that trap bed bugs when they try to climb up the legs of your bed. They need to be checked biweekly, this is important because most infestations aren’t noticed until the bugs have made a home in your walls and furniture. Once that happens they become much more difficult to exterminate.

There are a few of lessons to be learned from Kelly’s story. The big one is that suffering a bed bug infestation can happen to anybody. It is not something to be ashamed of. The other is that your landlord must deal with an infestation in a quick and efficient manner. It is not your problem alone. If your landlord is not cooperating there are other avenues you can access. You can call the tenancy board or an HRM building inspector. There are also groups like ACORN and Dalhousie Legal Aid that can help.

Lastly, prevention with these pests are imperative. You can make your apartment as safe as possible by filling crevasses with filler. You can use DE (diatomaceous earth) which is a natural and non toxic bug killer made from the crushed shells of fossilized sea crustaceans. You can sprinkle it into light and power sockets. This keeps them from travelling to your apartment from neighboring units. Investing in bed bug covers and traps can also help you become aware of the problem before it becomes overwhelming.

Previous Post Former Halifax firefighter Liane Tessier on the need for a public inquiry into racism and bullying at HRM: The city simply can’t be trusted