KJIPUKTUK (Halifax) – The Nova Scotia Federation of Labour is concerned about the privatization of snow and ice control on Highway 104. It’s a slippery slope, raising concerns about public safety and likely costing taxpayers more in the end. 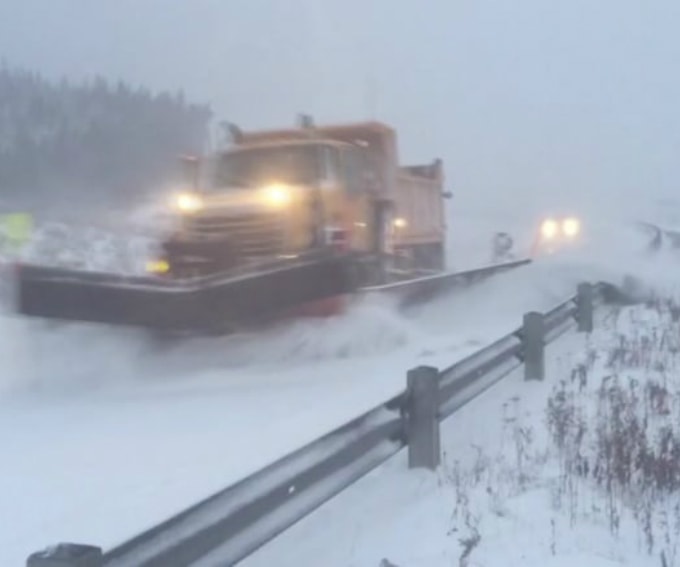 We have been fighting such grand privatization schemes billed as “money savers” forever. The idea of privatizing public services has been chased down by private corporations. Why? To maximize their profits, pure and simple.

Gaining government work is easy money with little risk and often no accountability. It’s obvious that the cost is higher when we factor in that the government continues to pay for administration of the contract and the cost to monitor the work and contract. Remember, with the P3 school contracts, we lost upward of a billion dollars in that “we will all do better” scheme.

Let’s take a closer look – building highways by private contractors is a normal practice in our province, and those 100 series highways have always been owned and operated by the province and taken care of by our highway workers at the Department of Transportation. The exception, of course, is the 104-toll highway.

To be clear, we agree the highway needs to be twinned. We were one of the many voices who spoke out last year and said NO to toll highways. The Liberals, at that time, agreed with those voices that said no tolls. Like many privatization schemes, the accountability and transparency for tax-payers is nonexistent.

What really wasn’t made clear in the twinning announcement is that the snow and ice control and maintenance of that new section, and other parts of the old section of the highway, will be contracted out to a private company. This raises questions and concerns about the long-term cost of a new P3 highway for taxpayers. It’s essentially déjà vu, and it’s more than likely that we will be providing a hefty profit to corporate elite bank coffers and, in the end, will get inferior service.

Here is an interesting twist; the Cobequid Pass is a private toll road, owned and operated by a private company. The private corporation that owns that section of toll highway actually contracts the Department of Transportation to do the maintenance and snow removal. It’s likely because they get the best bang for their buck by doing so.

The privatization game begins when a contractor starts by offering a low-ball price, hoping the government will become dependent on the service. Once that happens, they will, inevitably, increase the price. However, when the contractor starts and fails to perform the service, contractors may stop or slow down the work due to financial reasons, leaving the highway users without that service for a period of time. The big question for taxpayers is this;

Can a private, for-profit company clear and maintain highways as efficiently as our own Department of Transportation workers, and do that at a lower cost? Let’s look at New Brunswick, where highway maintenance has already been privatized. There have been many issues there with bad roads in winter and poor maintenance. Look up the numerous media stories on this last winter. In fact, the New Brunswick Highway Workers union ran a campaign on the inferior services people were receiving.

Simply put, there is no need to give taxpayers’ money away to private corporations. We’ve seen the result of this with our schools, have we learned nothing? We hear government speak often about preserving good jobs – no doubt highway worker jobs are among these, which help build a strong local economic base. To what standards will a contractor be held? Will those jobs pay less, offer fewer benefits, etc?

Remember, when workers have no benefits, the social impact of that is borne by someone. Roads and their maintenance are an important factor for public safety. Worthy of note is a 2015 auditor general’s report in Ontario, where the contracting of snow removal resulted in an increase in highway deaths where snow, slush or ice was a factor.

Without fully assessing the costs, benefits and risks involved, this is a precarious endeavour. Frankly, it’s no secret that often contractors decide to cut corners or pay lower wages to ensure a good return for shareholders. This work will not get to local contractors, but more likely go to one of the major contractor corporations. These privateers are relentless and are always looking for easy money.

Another example is the professional sports teams who often look for public money to help build stadiums and arenas, arguing the investment will pay for itself through economic spin-offs. Or it’s big Convention Centre schemes where unbelievable economic prosperity for tax-payers is promised. Maybe it’s hospitals, or a 20 years contract to build schools – we know where that ended up.

The privateers are knocking on government doors and always have fix it schemes that, in the end, drain government coffers and maximize their own profits wound in tight legal contracts, with little risk for them. The Town of Port Hawkesbury brought its snow removal services back in-house a couple of years ago, they in fact saved well over $100,000.

This contracting out of the public services of maintenance, snow and ice control on the Trans-Canada highway is clearly a slippery slope for taxpayers. We see a battle brewing.