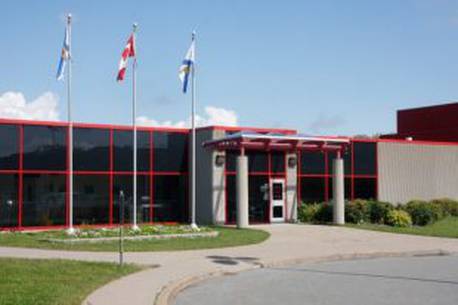 KJIPUKTUK (Halifax) – Protesters who rallied at the Burnside Jail last night in support of demands issued by protesting prisoners inside were pepper sprayed and violently thrown down by officers of the Halifax Regional Police (HRP). One protester was arrested and will face charges.

A news release issued by HRP suggests that approximately thirty protesters  “had been shooting fireworks at the facility and were attempting to climb the fence surrounding the property.”

“A 28 year old male was arrested during the incident and will face charges of causing a disturbance, property damage, obstructing a peace officer, assaulting a police officer and wearing a mask while committing an indictable offence. The male will appear in court on September 10th, 2018,” the HRP release states.

The protesters say that they were leaving when the police arrived, and that officers attacked a protester and used pepper spray  without issuing any kind of warning or asking them to leave.

A statement issued by the Industrial Workers of the World – K’jipuktuk on its Facebook page says that the protesters played music, held banners, and chanted in support of the prisoners and against the prison-industrial complex.

“At one point, chants of “You are not alone!” echoed off the walls of the ranges. Prisoners inside saw and heard the support, and made noise inside to join with the demonstration,” the IWW states.

“As the peaceful demonstrators were walking towards the road to exit the property, officers from Halifax Regional Police arrived onsite. Without any warning or communication, officers aggressively engaged the supporters. One person was tackled and arrested, an officer sprayed pepper spray at the group, and a third officer brought out a police dog, and threatened protesters that they would be bitten by the dog. All of this was done before any order to vacate the property was communicated by the police.”

Updated, September 10, 10:05 AM. As so often happens in these cases, it seems the protester has been released without charges and is not on the docket.  Of course the damage has been done, both to the individual who was held overnight, as well as in influencing the way the protest has been reported by CBC, Metro Halifax, Canadian Press, etc.. All such reporting simply consisted of extensive quotes of the HRP news release, and nothing else.

Updated 11:16 AM – Confirmed, arrested protester to appear before a judge sometime this afternoon at Dartmouth Courthouse.

Next Post Afua Cooper: A monument for the Maroons