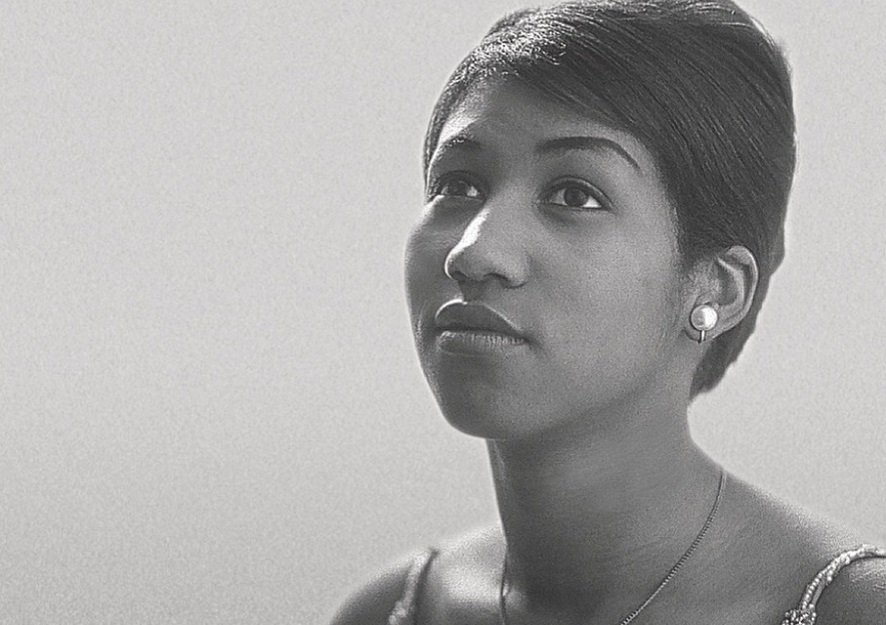 KJIPUKTUK (Halifax) – In a stunning salute to a descendant of enslaved Africans, the military band at Buckingham Palace marked the death of Aretha Franklin by playing her signature hit, Respect, during the changing of the guard on the morning of her funeral. Unabashed, the British Empire sanctioned the trade in human cargo for nearly 400 years.

Earlier this week, at a North End Halifax gathering that revealed the racial harmony yet to be fully achieved in Nova Scotia, The Big Sing hosted a tribute to the Queen of Soul that only a handful of people of colour attended.  Aged 76, Franklin died of pancreatic cancer on August 16.

“We’re a choir of mostly white people,” noted conductor Jack Bennet as he addressed the large crowd that had assembled at Gus’ Pub to sing (You Make Me Feel Like) A Natural Woman. “We can’t pretend to understand the racism that Aretha Franklin suffered. So, let’s keep that in mind as we remember her with this song.”

Co-written by Carole King, Franklin released Natural Woman to rave reviews, in 1967. Then US president Barack Obama was moved to tears when, nearly fifty years later, Franklin regaled the songwriter with a soaring rendition of the tune during a ceremony at which King was hailed.

Launched last January, The Big Sing is a bi-weekly, drop-in event that encourages strangers (designated musically as uppers, middles, and lowers) to come together and sing a popular song. A portion of the $5 admission fee is donated to local non-profit agencies said Seth Levinson, founder of the group that he modelled after  Choir! Choir! Choir! , a successful Toronto-based ensemble.

“Halifax is such a music town that I decided to form a similar choir here,” said Levinson, who is also art director for Buddhadharma magazine. As for a conductor, he brought in Jack Bennet. The Dalhousie graduate (music and sustainability major) boasts deep musical roots as the grandson of Jim Bennet, co-host of the legendary CBC television show Singalong Jubilee. George Woodhouse and Rachael Delano joined the team as co-host/guitarist, and song arranger, respectively. Tim Mombourquette video records Big Sing performances that are later posted online.

“Group singing was a common feature of [my] family gatherings,” said Bennet, who has led several choirs, including a stint as a guest director for a choir festival in Mozambique. “The core of The Big Sing is a love for community-building.”

A lifelong fan of the Queen of Soul, Halifax accountant Aisha Goodridge contacted Bennet shortly after the singer’s death and suggested that The Big Sing commemorate Franklin’s extraordinary career.  “My grandfather was a disc jockey who played Aretha all the time,” said Goodridge, who grew up in Trinidad. “Her music touched everyone, so she seemed to me a perfect fit for The Big Sing.”

Goodridge said she persisted when Bennet, noting his discomfort with a predominantly white choir “appropriating” a Franklin song, initially rejected her idea. “I disagreed with him strongly,”  said Goodridge, who’d never attended a Big Sing event. “I told Jack that he had the arena and the opportunity to promote diversity and inclusion. I refused to let him off the hook.”

“This was a complicated situation,” Bennet later said, recalling his uneasy exchange with Goodridge. Disconcerted, he turned to other local music professionals for advice. “It became clear to not do an Aretha song would be wrong, but also to do it in the wrong way would be wrong,” he said. “Part of our tactic was to wait a few weeks after her passing. … We [framed] it as honouring her significance rather than trying to claim her music as our music. Listening to Aisha was a huge part of our decision.”

Beaming, Goodridge was among the 135 people at Gus’ Pub who sang Natural Woman in effusive, three-part harmony. The turn-out was “certainly above average,” Bennet happily said.  But typical of other Big Sing events, visible minorities were in short supply. Indeed, they could be counted on one hand.

“We have spent time reflecting on this and generating ideas for how to better structure the organization to be informed by more diverse experiences and perspectives,” Bennet said. “This is a challenging issue that we take to heart.”

A dedicated supporter of myriad HRM cultural events, Cathie Panteluk is a white woman who, as a first time Big Sing participant, found the Aretha gathering “spectacular,” but also noted its disturbing lack of diversity.

“Nova Scotia has lots of musicians of colour that The Big Sing could invite as guest conductors or to help select the songs,” Panteluk said. “The organizers could also do better advertising. It’s a shame that such an uplifting night failed to represent the racial vibrancy of the city.”