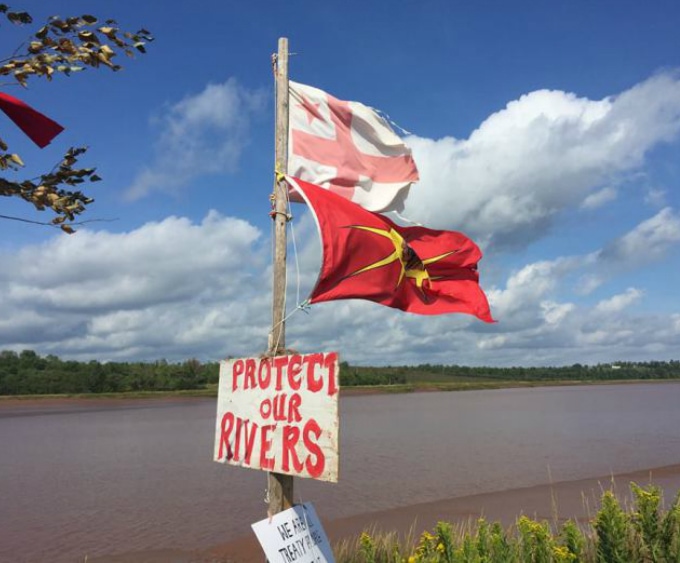 Letter to Margaret Miller, Minister of the Nova Scotia Department of Environment, sent on October 3 by Alton Gas water protectors Rachael Greenland-Smith and Dale Poulette. The group has not yet received a response.

It has come to our attention that the Alton Gas project is not in federal compliance. As per our email to your office, we asked you if the brine Alton Gas plans to release would be considered a release of a deleterious substance into a body of water where fish frequent. Your response was no comment and directed us to ask Environment Canada.

We reached out to Environment Canada based on your advise and spoke with the Regional Manager at Atlantic Compliance, Environment Canada. He informed us that the brine is a deleterious substance. He further informed us that the company’s current plan to discharge the brine into the channel and river is in fact a release of deleterious substance and is not in compliance with federal regulations. He also advised us the company was made aware that the current design was not in compliance with federal regulations.

This makes the industrial approval that the province has issued also not in compliance with federal regulations.

Has the Minister been made aware of this compliance issue by Nova Scotia Environment staff?

I also note the Nova Scotia Environment assessment approved on December 18th 2007 was contingent on the ministerial decision letter of terms and conditions. Specifically condition paragraph 2.1 (b) required Alton Gas to develop a monitoring plan on the salinity discharge by consulting with Environment Canada.