KJIPUKTUK (Halifax) – A panel that was asked to report on the racist past of Dalhousie University has mostly completed its investigation and is getting ready to present its findings for further input from the community.

Last night Dr. Afua Cooper, James R. Johnston Chair in Black Canadian Studies at Dalhousie and Chair of the panel presented some of the findings at an almost filled Scotiabank auditorium.

Dr. Cooper also provided a draft list of initiatives to begin to repair the damage done, and make the University less racist.

The panel was formed by the University administration after several racist incidents occurred on campus.

For this presentation Dr. Cooper focused on five areas where slavery and anti-Black racism shaped the university in its early days.

Three of these areas directly concerned Lord Dalhousie, governor of Nova Scotia between 1816 and 1820, founder of the university, and a nasty piece of work.

In this context Dr. Cooper talked about Lord Dalhousie’s involvement in the invasion of Martinique in 1794, reinstating slavery after slaves there were freed as a result of the French revolution.

As well, during Dalhousie’s reign in Nova Scotia, his treatment of Black refugees who came here after the war of 1812 was deplorable, forcing them into subsistence farming on small remote plots of land, and never considering them to be permanent settlers.

“Slaves by habit and education, no longer working under the dread of the lash, their idea of freedom is idleness, and they are therefore quite incapable of industry,” Dalhousie famously wrote in a letter to his superiors in London.

Part of the money used to found the University came from tax moneys collected from the trade between North America and the West Indies, and as such fully integrated with the existing slave economy.

Not only was this dirty money, but Lord Dalhousie refused to allocate this money to support the Black refugees, as had been suggested to him, and used it for the university instead.

Beyond Lord Dalhousie’s racist actions, Dr. Cooper also focused on the benefits many of the university founders derived from both the slave economy and the slave trade, and the money they received as compensation when slavery was abandoned in British North America. The freed slaves never received such compensation. 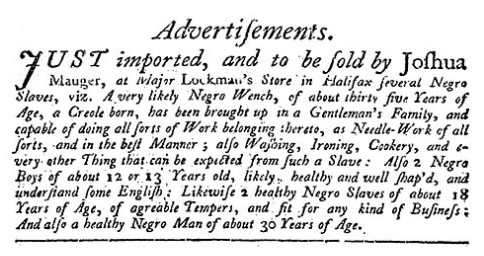 Among the draft recommendations issued by the panel are measures such as an apology from the university, support for Black studies, funding for Black students and recruiting of Black faculty.

Dalhousie University should also collaborate with its counterparts in the Caribbean to help build capacity in areas of mutual interest.

Other recommendations deal with honouring the contributions of Black refugees, and integrating this particular Black history in university curricula.

These draft recommendations will now be presented to community stakeholders, but what that consultation will look like and who will be involved is not yet clear.

A name change for the university is not among the recommendations. In response to a question from the audience, panel member Shirley Tillotson suggested that the name of Dalhousie is much more associated with the collective accomplishments of countless academics that it is with the founder Lord Dalhousie, and that it would be a shame to lose that connection.

Several questions from the audience focused on concrete next steps, and in particular on how to ensure that the panel’s report does not merely collect dust but leads to actual change in a university and community where racism remains prevalent and institutionalized.

The panel will be involved in mapping out what implementation will look like, and will remain involved in some shape or form, outgoing president Dr. Richard Florizone responded.

The report is expected to be finalized in another six months or so, Dr. Cooper said. The report’s scope is broader than last night’s presentation, which did not address the totality of the panel’s findings because of time constraints.

Previous Post Judy Haiven: Why is it that in Halifax developers always come out on top??