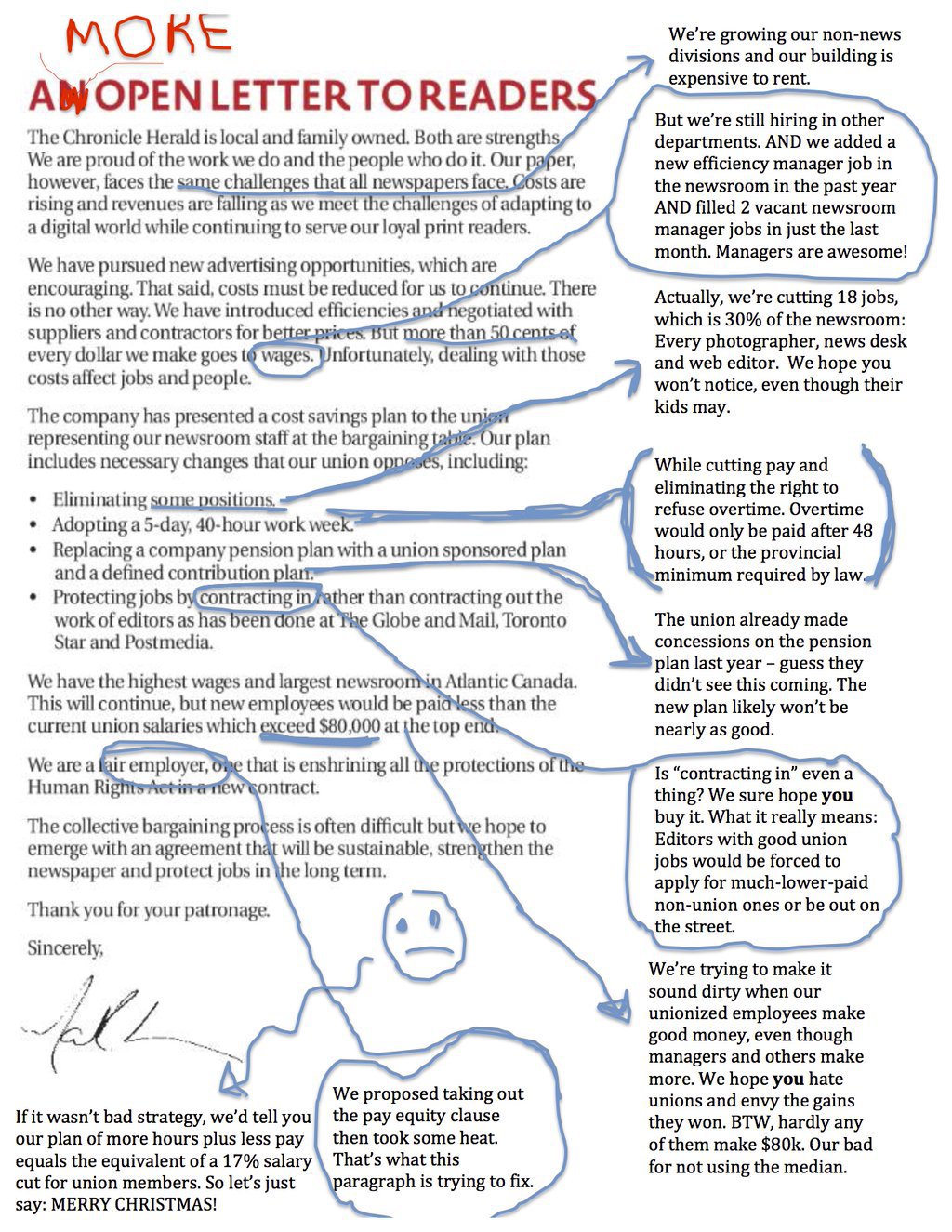 KJIPUKTUK (Halifax) – The Halifax Typographical Union wasted little  time responding to an advertisement in today’s Chronicle Herald offering management’s side of the labour dispute at the provincial paper.

A version of the ad, annotated by the union, is being widely shared on Twitter.

Management also wants to further reduce the size of the newsroom by 30 percent, eliminating all photographers, news desk and web editors, and replace them with non-unionized workers.  In today’s open letter to readers the Herald owners invent a new term for this, contracting in.

What that really means is that editors with good union jobs would  be forced to apply for much lower-paid non-union ones, or be out on the street, the union charges.

Workers fully expect to be locked out by late January. Earlier this week talks between the two sides abruptly broke off after just two days of conciliator-facilitated discussions,.

Next Post It is very dangerous to bring your own agenda