KJIPUKTUK (Halifax) – Striking newsroom workers at the Chronicle Herald are intensifying their efforts to get management back to the bargaining table.

59 journalists, editors and photographers, members of the Halifax Typographical Union (HTU), have been out on the picket line for almost six weeks.

At a press conference this morning national CWA Canada president Martin O’Hanlon announced three measures that he hopes will convince Herald management to resume bargaining. The CWA Canada is the parent union of the HTU.

It appears the gloves are off.

“It’s now been six weeks. We’ve held our punches somewhat because we don’t want to take action that cuts into the Herald’s business. But at some point you have to get a deal, and we decided to turn up the pressure,” O’Hanlon said.

“We see this as a fight for quality, if we lose this fight you’re never going to have a quality paper again, you’ll have cut rate wages and a bad product.”

A radio advertising campaign will take to the air today, asking Herald readers to cancel their subscriptions.  Ads in bus shelters and billboards will likely also become part of the campaign.

The request that readers cancel their Herald subscriptions for the duration of the strike is not new, but the reach will now be greatly expanded.

The ongoing soft boycott of Herald advertisers will also intensify. Working closely with the Halifax-Dartmouth & District Labour Council, union and community members will be asked to boycott all companies that continue to advertise in the paper, O’Hanlon says.

Companies like Colonial Honda, Salty’s Restaurant, the Real Home Show and Bounty print Bridgewater may find that advertising in the Chronicle Herald comes with a price beyond their advertising budget.

Information pickets at advertisers’ place of business will also continue.

Lastly, Chronicle Herald freelancers will be invited to write for Local Xpress, the excellent online news site maintained by the striking newsroom workers.

Many freelancers have refused to cross the picket line. Previously only full time Herald reporters contributed to the site.

“We are doing what we can to get a deal,” O’Hanlon says. “ I want to assure the people of Nova Scotia that our members are journalists who want nothing more than to do journalism. They don’t want to hurt the business, but this company has been unmovable and demanding outrageous concessions, and we are fighting back.”

“We see this as a fight for quality, if we lose this fight you’re never going to have a quality paper again, you’ll have cut rate wages and a bad product.”

“Who is going to do the investigative journalism, track City Hall? Journalism and democracy, that’s ultimately what this fight is about, it’s not just about dollars and cents.” 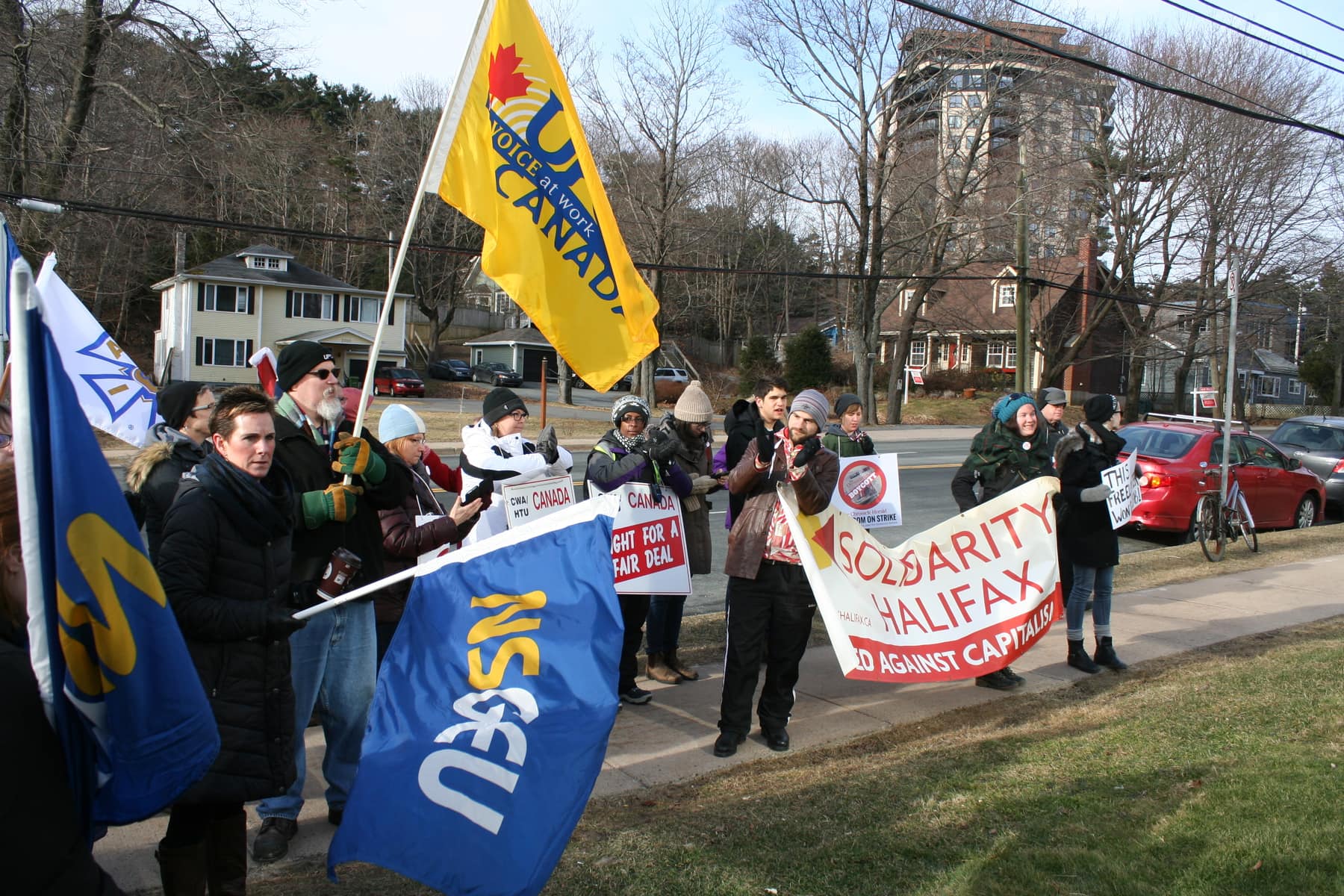 About 60 people, including many union members and union leaders such as Joan Jessome and Danny Cavanagh, joined the striking newsroom workers on the Joseph Howe Drive picket line prior to the news conference. Gary Burrill, the newly elected leader of the Nova Scotia NDP, also made an appearance.

Next Post Warehoused at the Nova Scotia Hospital for 10+ years