KJIPUKTUK (Halifax) – Tracey Meisner, the mother of a 31-year old man who spent 12 miserable years at a locked down unit at the Nova Scotia Hospital in Dartmouth, wants him out of that place.

“He started saying things like oh I don’t care, you can stay in your pissy clothes all day long, and we’re going to keep you locked up, you little cocksucker, things like that.”

Matthew lives with autism and severe mood disorders that make his behaviour unpredictable and at times aggressive. The aggression often turns inward, as he tends to self-harm.

No human being should have to suffer Matthew’s fate at Emerald Hall, the Nova Scotia Hospital unit where he has spent almost half his life. He doesn’t get outside much. No stimulation is offered. There are no incentives to explore.

“Matthew has limited ability to cope and so he’s going to be what they call amped up a bit and then they throw a bunch of medication at him,” says Meisner. “Then the next day I read a staff note saying he was slow and unfocused and hard to get going. Well, he’s just taken the benzodiazepine medications, no wonder he is slow and unfocused..”

“He hardly ever gets to go outside,” says Meisner. “But if you’re feeling kind of restless than it would be so nice to get out for a walk, it’s nice to get fresh air.”

“It’s very frustrating. The hospital fails to promote appropriate levels of enrichment and this encourages behaviors that puts those patients at risk. (Residents) are essentially warehoused in those places. It makes me so angry.”

Support by a behavioural specialist would make a big difference, Meisner says, but getting hospital staff and management to commit to that has been a struggle every step of the way. 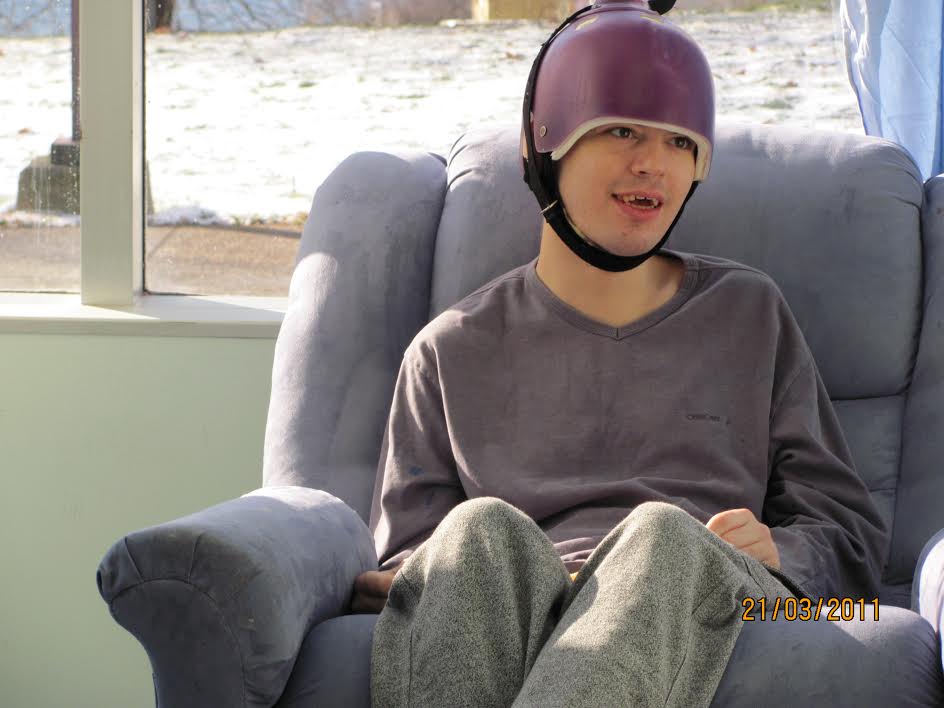 Two years ago some out-of-province experts worked with Matthew and Emerald Hall staff and the changes were remarkable.

“He was doing so much better. He would come home, and we went swimming, and he loves to swim and we would have a lovely time. He didn’t need medications,” Meisner says. Then the therapists’ contract was not renewed, Meisner’s protests were ignored, and staff reverted to old routines.

“Instead of calming him down naturally, and be more therapeutic and helpful, they would just lock him up in his room again, and as a result the problem behaviour would escalate. And then staff would say it was too dangerous for him to go out,” Meisner says.

Tracey Meisner also worries that Matthew may be mistreated.

Sometimes he will repeat phrases he has heard at an earlier time, which is not uncommon for people who live with autism. “He started saying things like oh I don’t care you can stay in your pissy clothes all day long, and we’re going to keep you locked up, you little cocksucker, things like that,” Meisner says.

Meisner doesn’t feel that the Department of Health and Wellness, responsible for Matthew’s well-being, is listening when she raises the alarm about her suspicions.

“We did file complaints but the department didn’t even come to the unit to interview anybody about any of those things. Essentially they spoke to one of the managers at Emerald Hall and that’s how they concluded that there was really nothing they can do,” Meisner tells the Nova Scotia Advocate.

Two earlier allegations that her son was being abused by Emerald Hall staff were found to be justified, Meisner says.

Shortly after Matthews’s arrival at Emerald Hall it was discovered that he had been hit by front line staff while being held.

If it wasn’t for two courageous new workers reporting the physical abuse by their colleagues nobody would have known.  The case went to court and two workers lost their jobs, Meisner says.

There was also an instance in 2014 when a front line worker was found to have used excessive force. That worker, although no longer in charge of Matthew, still works at Emerald Hall.

“I see him there all the time, it’s like a slap in the face. We’ll come in and visit and we’ll see him with another patient that another door up just a door in the hallway,” Meisner says.

Abuse in institutions is notoriously difficult to prove. Residents are extremely vulnerable, and often lack even elementary communication skills. Yet abuse happens frequently. Last year the Nova Scotia Advocate found evidence that in a three-year period on average one in twenty residents fell victim to abuse in institutions administered by the Department of Community Services.

Neither the Department of Health and Wellness nor the Nova Scotia Hospital administration has offered much support, says Matthew’s mother. Efforts to get proper care and therapeutic support for Matthew in a unit other than Emerald Hall are an uphill battle.

“It’s absolutely awful. I’m angry a lot of the time. I’m angry because I am constantly trying to get some kind of reassurance from managers who aren’t truthful.  We spent all of last year having meetings with the directors of these programs, and they were very unproductive,” Meisner says.

Late last year the Nova Scotia Hospital management finally promised to move Matthew to another unit that provides a more stimulating environment. But a space for Mathew has to be created there, and that will take time, Meisner is told.

“We’ll see,” is all Meisner will say.

In an emailed response to our questions Everton McLean, spokesperson for the Nova Scotia Health Authority (NSHA), states that Emerald Hall offers a full suite of therapeutic support for its residents.

“Unfortunately, at times, clients admitted to Emerald Hall for stabilization have then subsequently not been able to be discharged back to community due to lack of appropriate placement options for them. Ideally, community placement options would exist to provide longer-term residential care to some of the more complex patients so that they would not have to stay for many years in an acute care hospital,” McLean writes.

Based on admission dates of current patients the average stay of patients at Emerald Hall is well over eight years, McLean tells the Nova Scotia Advocate.

“It is important to point out that prolonged stays in institutions can be harmful to a person’s psychological, emotional and physical health and, hence, community placement is crucial,” McLean adds. “The harmful effects of institutionalization can be significant and negative — and may further erode people’s ability to eventually live in the community.”

For privacy reasons the department is unable to speak about individual cases. But abuse is consistently investigated as stipulated in the Protection for Persons in Care Act, and NSHA’s Abuse Prevention and Response policy, says McLean.

Getting Matthew moved out of Emerald Hall is only step one for Tracey Meisner.

“Matthew arrived at Emerald Hall when he was 19, and now he is 31,” says Meisner. “His biggest problem right now is that he is where he is, it’s been such a horror.

“We’re just fighting for him to have a better life. He could do well in the community, with the  proper supports. So let’s start working towards getting him those supports. We’ll cross the community thing when we come to it.”