KJIPUKTUK (Halifax) – A new report looks at food insecurity in Canada, and finds that Nova Scotia leads the way among the provinces.

The report, published by PROOF, an interdisciplinary research team, defines food insecurity as inadequate or insecure access to food because of financial constraints. That’s a fancy way of saying that you can’t reliably afford to put enough food on the table.

Based on data collected by Statistics Canada in 2014 15.4 percent of Nova Scotians faced that terrible predicament.

That’s marginally higher than PEI and New Brunswick, and substantially worse than Ontario, which sits at 11.9 percent, Quebec at 11.6 percent and Saskatchewan at 10.6 percent.

British Columbia, Manitoba, Newfoundland and Labrador and the Yukon opted out of the study.

Nunavut and the Northwest Territories are in a class of their own, with a stunning 47 percent and 24.1 percent of the population respectively experiencing food insecurity.

What does it mean to be severely food insecure?

When you have kids it may well mean that they will have to skip meals as well, or that they aren’t eating enough on a daily basis. Or both.

Whether you’re an adult or or a child, experiencing severe food insecurity means that you experience hunger, maybe once in awhile or maybe all the time.

Much has been written on this website about the plight of people on social assistance in Nova Scotia. Surely it’s no walk in the park to depend on welfare anywhere in Canada.

But Nova Scotia takes the cake (away). 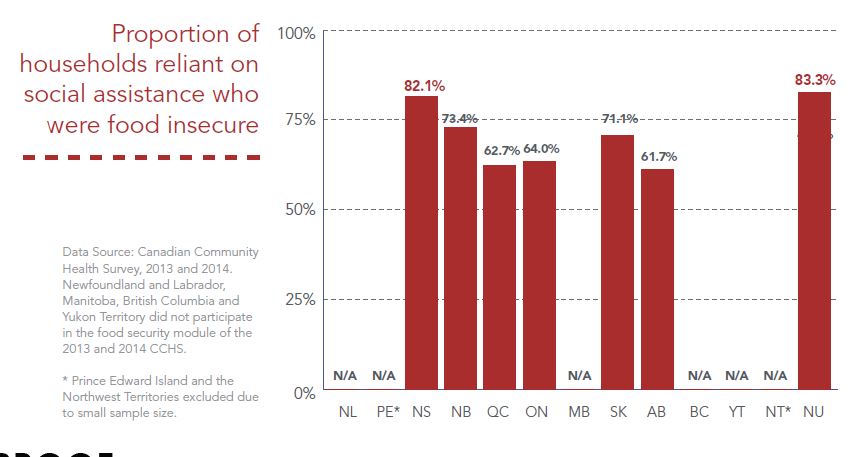 82.1 percent of Nova Scotians on social assistance are food insecure. That’s a higher percentage than any other province, with only Nunavut at a marginally higher rate.

There are more heart wrenching statistics and observations in the report.

As always, single mothers are hit hardest, by a lot.  Having a job doesn’t mean that you will not experience food insecurity. Household food insecurity affects one in six children in Canada. Nation-wide that’s almost a million kids. 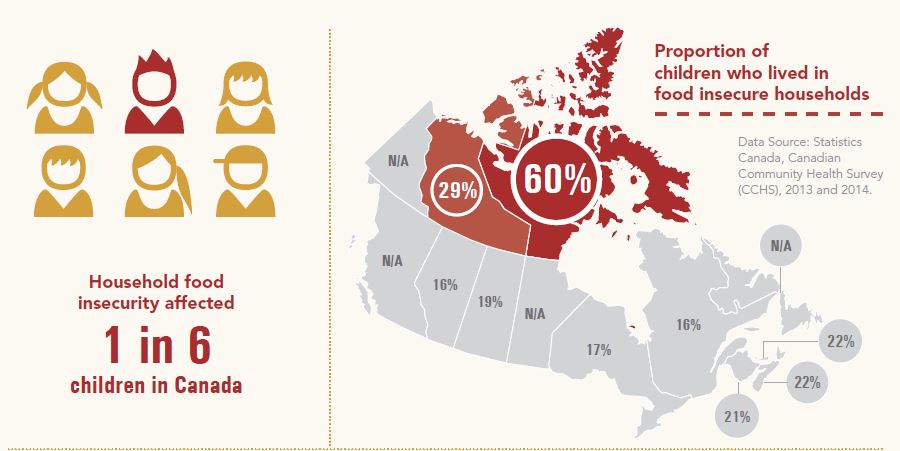 In 2014 22 percent of children in Nova Scotia lived in food insecure households.

Yet another category where Nova Scotia leads the country among participating provinces.

Previous Post Weekend Video: 14 REAL stories, when you’re poor in Nova Scotia, you’re on your own

Next Post Op-ed: Social Assistance increase is just a drop in a bucket