I, as a member of the Black community, give permission to everyone reading this blog to use the N-word – right now – just this one time.  Common, don’t you want to say it? 1..2..3..GO! 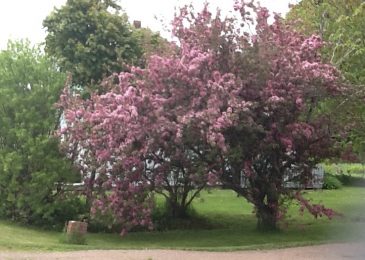 Ok, how did that feel? Did you look over your shoulder to see who was nearby? Did you whisper it or shout it from the rooftops? Did saying it make you smile like you just tempted fate and won? I’m asking because I seriously want to know as it seems like for so many it can just roll off the tongue. Like the N-word is an old friend that can only visit on special occasions. Personally, I can count on one hand how many times I’ve said the N-word and  I can only describe each interaction as painful. I would compare it to a cat coughing up a hairball; it takes a long time to choke it up, it’s not pretty to see, and it lingers in the air afterwards. This apparently is not the same experience for others.

Recently a long-standing town councillor and current mayoral candidate for our small town was caught using the N-word in a popular restaurant. He said, “I’m not your nigger” to a restaurant staff member. The context of why he said it eludes me and really it doesn’t matter. An elected official, a man running for the position of mayor of our fine town, dropped the N-bomb in public….and it blew up in his face, right? Well, it kinda made a small flame and a sizzling sound, but so many people didn’t want the situation to tarnish our town’s good name that he came out unscathed.

Saying the N-word should not become a, “is it the chicken before the egg ?” scenario. Do you become a racist for saying the N-word or you say the N-word because you’re a racist? If it is the former, I just made a ton of racists. Sorry, my bad! Kidding aside, if the word is in your vocabulary you need to check yourself. There is no place for it in today’s society other than discussing historical works, historical works that are not being used as teaching aids for children, but that’s for another blog **cough, Mark Twain, cough**.

Now you’re thinking to yourself, ” I’m good. I don’t use that word, I’m not a racist! Yay!” Please continue reading. People don’t go through their days thinking they are going to discriminate against someone. If they do, then it has been rationalized in their own mind to make them feel justified. Discrimination becomes, “they deserved it”, “I’m protecting my own”, “it’s not about their skin tone, but….”.  So, if you are making statements like,  “get over it”, “it’s not a big deal”, “it’s being blown out of proportion”, you need to check yourself too. You are justifying the hell out of discrimination.

The N-word is NOT JUST ANOTHER WORD. It is our history of segregation and slavery embodied. It is my grandmother not being able to eat at the table with everyone else, it’s the family friend being stopped by the police four times as he was walking home.  It is our pain of seeing a racist, xenophobic mad man like Donald Trump rise to become the Republican nominee. It is a punch to the gut, a slap in the face, an attempt to oppress again, to be put in “our place” and that will not stand.

Words have power, chose them wisely.

We have a problem. If you actually thought I could give you permission as Black women to say the N-word, we have a problem. When just writing a piece like this makes me concerned about my employability, we have a problem. When my sister and her best friend are chased by a deranged man calling them the N-word and the police don’t follow-up until a year later, we have a problem. When a long-standing town councilor and candidate for mayor says the N-word, in public, alienating a large portion of the population, with no repercussions, we have a BIG PROBLEM.  The problem doesn’t stem from these situations; these are everyday occurrences. They are the symptoms of a much larger issue. One that I hope to get into more detail on this blog.

See also the author’s blog The Uprooted, where this article was originally posted. Re-posted with permission from the author.