KJIPUKTUK (Halifax) – A 65-year old New Glasgow woman has been ordered to vacate the only house where she can live in relative safety. 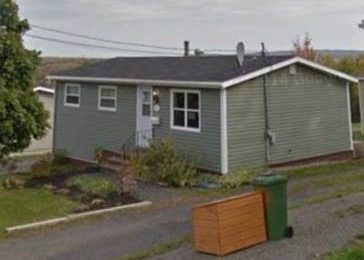 Wendy Kearley lives with severe Multiple Chemical Sensitivities and is convinced that the forced move will cause her serious harm. Her landlord, the Eastern Mainland Housing Authority EMHA), considers Kearley over-housed because she lives in a subsidized three-bedroom detached house by herself.

The EMHA, one of five Housing Authorities in the province, is part of Housing Nova Scotia, a provincial government corporation with the minister of Community Services in charge.

“I have letters from doctors and nurse practitioners saying that for me to move will worsen my condition. Yet they are evicting me by the end of the month. There is no place to go,” says Kearley.  Kearley has been diagnosed as suffering from  fibromyalgia and chronic fatigue, which are often accompanied by Multiple Chemical Sensitivities (MCS).

People with MCS are adversely affected by exposures to many common products such as pesticides, perfumes, gas, car exhaust, paint, even plants and trees.

This is why Kearley’s life is full of potential dangers. She almost never leaves her detached house, which she has called home for 27 years. Francis Campbell of the Local Xpress reports that Kearley must wear a protective Tyvec coverall and an air-purifying face mask even when she briefly opens the door.

“It’s not an allergy that I have, it’s a genetic inability to process chemicals. They build up in my body and they poison me,” explains Kearley. “I m talking about permanent damage, not that I might itch more. It will mean permanent organ damage.”

It’s that sensitivity that makes finding an alternative home for Kearley almost impossible. An earlier eviction notice for July 31 was extended by two month, but that date of September 30th is now rapidly approaching.

“My daughter has been talking to landlords trying to find me something. The stress load on my family and friends and me is terrible. I need to stay. Walls, floors, all absorb chemicals, and I could not live in those houses. If the place was vacant for a year, that might do it, but even then there is no guarantee,” she says.

The Housing Authority is not budging.

“When ‎a single tenant occupies a three-bedroom unit, it means that a family with children remains on the wait list for affordable housing,” writes Heather Fairbairn, Media Relations Advisor for the Department of Community Services. “We are confident that other, more suitable accommodations can be found and we are continuing to explore all possible options.”

“The Housing Authority offered me a subsidy that covers my heat and light. Why not offer that same subsidy to a family on the wait list? I am not taking anybody’s place, that’s just how Community Services wants to spin the story,” she says.

“They say they don’t want to set a precedent, but what precedent would that be,” she asks. “The precedent of respecting the Province’s own human rights legislation?”

Check out the Facebook page and website created by Wendy’s supporters. Express your support for Wendy in a letter to Minister Joanne Bernard and Nova Scotia Housing CEO Dan McDougall