KJIPUKTUK (Halifax) – Some residents believe the Town of Amherst administration should do a better job dealing with councillor George Baker’s racist slur. Earlier equally disturbing behaviour by Baker appears to reinforce that point.

Earlier this year Baker admitted using the ‘N’-word during a heated interchange at a local restaurant. One Council meeting and two scheduled Police Board meetings later, nothing has happened.

Monday’s cancellation of the Town of Amherst police board meeting that was called to discuss councillor George Baker’s racist slur doesn’t sit well with Hal Davidson. It was Davidson who filed the letter of complaint that triggered the meeting. 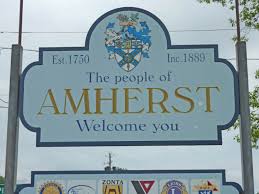 After town council decided it was unable to censure Baker, Davidson’s letter was referred to the Board of  Police Commissioners, of which Baker is a member.

On Monday the second attempt to convene the Police Board and discuss the matter failed once again, this time because not enough members showed up.

“Amherst is getting a bad name because of these delays and the way the Town is managing the issue,” Davidson tells the Nova Scotia Advocate. “The town deserves better. That’s why I asked for an independent review.  The town could have been more transparent, more open, more proactive.”

The gang that couldn’t or wouldn’t shoot straight

Police Board meetings rarely if ever get cancelled because of a lack of quorum, says Greg Herrett, the Chief Administrative Officer for the town.

“I’m not aware of how many police commission meetings, other than this one, were canceled due to lack of quorum. I would say not many, if any. I am offsite today and don’t have access to those records,” Herrett writes in an email.

However, Davidson believes the cancellation could perhaps have been prevented if the town had been just a bit more proactive in when and how it scheduled the meeting. Davidson’s understanding is that the town knew, or could have known, that there was a risk that quorum could not be met prior to scheduling and announcing the meeting.

Not the first time Councillor Baker was in trouble

George Baker, the councillor who uttered the racist slur, was in trouble before. And once before the Town of Amherst just weathered the storm and carried on.

In a 1999 decision in the matter of an unfair dismissal case Justice J.E. Scanlan comes down very hard on the Town, then mayor Joyce Gouchie, and councillor Baker.

“Councillor Baker made unfounded allegations accusing some staff of criminal activity. These baseless allegations only served to further demoralize the Town staff and department heads,” the judge writes in his decision.

“I am satisfied Councillor Baker was inclined to make allegations that were without substance whenever it suited his objectives,” the judgement states. “Councillor Baker also made sexual references to the plaintiff’s wife… The plaintiff explained that he didn’t enjoy those comments.”

There is much more, but readers will get the idea.

It should be noted that current Councillor Wayne Bishop, who is running for mayor as well, is also negatively referenced in the judgement, although less prominently so.

Davidson, who incidentally was not the person who brought this earlier matter to our attention, believes the town should just come clear.

“The more this drags on, the more it places a great town to live under a rather negative microscope, Davidson says.

“I am an Amherst native, and I moved back after I retired. I wouldn’t have done that if I didn’t believe it was a great place to live,” he says.  “But I also believe you need an environment where if people see things that aren’t right, they raise them. There is nothing wrong with that, because that’s how we learn.”

Next Post Poverty is a municipal issue, say activists