KJIPUKTUK (Halifax) – Let’s start this article off by taking a look at why I am at a point in my life where I feel I have to at least look into leaving Nova Scotia and moving to Ontario.

In Halifax and other parts of Nova Scotia there are many dark apartments with empty refrigerators. Persons with disabilities should not have to live this way.

I do think that if other income assistance clients who share my experiences were not so scared to come forward then there would be maybe a bit more light at the end of the tunnel.

It is all because of our current minister of Community Services and the Income Assistance transformation here in Nova Scotia, which is moving as slow as cold molasses when it comes to much needed changes. Meanwhile we have a system that is abusive. 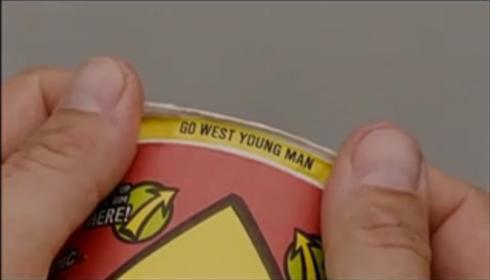 Community Services does not allow persons with disabilities to eat healthy, even people whose conditions are chronic have to prove their medical needs and special diet requirements year after year.

My doctor told me that I needed a special diet to control the effects of one of my disabilities. My caseworker didn’t agree and questioned the doctor’s recommendation. I took my case all the way to the Nova Scotia Supreme court, and lost.

Several articles I wrote for both the Halifax Media Coop and the Nova Scotia Advocate about how I lost my special diet and  the annual review speak volumes on why I say this and feel abused.

I feel as if my human rights are violated, and I am not respected as a human being because of the disability I have.  I have lost all hope!

My meeting with Community Services

On Wednesday February 8th of this year I met with two directors at Community Services. I showed up at this meeting with a package prepared for them to look at. This package included a letter addressed to one of these directors with notes on what I wanted to share with him.

You know what, it would have been nice to walk out of that meeting with? Back pay from February 26th, 2013, until present; a written apology for the way the system has abused me; and an apology to my doctors for getting harassed by caseworkers. All that, and my special diet reinstated.

I also brought my affidavit which got thrown out of Supreme Court back in 2013, and a copy of medical research on Omega 3 oils and fatty acids.

I left that meeting with the feeling that there was no light is at the end the tunnel in terms of getting my issue resolved.

What I also gathered from this meeting is that a policy change stopping caseworkers from further questionings doctors on why I even need a certain special diet in the first place is not going to happen. That is the vibe I got anyway.

It is also not looking good for others who are in the same boat as me.

You know what, it would have been nice to walk out of that meeting with? Back pay from February 26th, 2013, until present; a written apology for the way the system has abused me; and an apology to my doctors for getting harassed by caseworkers. All that, and my special diet reinstated.

So shall I go?

I have friends who live in Ontario who are trying to talk me into leaving Nova Scotia and moving there for the purpose of getting me into a better system.

Moving to Ontario would hopefully allow me to receive income assistance under a system where what my doctor says about my medical situation is accepted at face value, and where a caseworker will respect me as a human being.

I do think that if other income assistance clients who share my experiences were not so scared to come forward then there would be maybe a bit more light at the end of the tunnel.

Or shall I stay?

Do I want to leave Nova Scotia and move to Ontario? The answer from the bottom of my heart is no, I do not want to make this move!

Here in Nova Scotia I have my immediate family nearby for support when needed.  I am close to everyone I have ever known my entire life.

I get to see my niece who is now six years old, and my nephew who is now eight years old  between four and six times per year. Even though I do have relatives in Ontario, and I do have a good relationship with them, I strongly feel that the family support I would get in Ontario just would not be the same.

Also I would have to think about the big question. If I were to live in Ontario, how often would I be able to afford to fly back to Nova Scotia to have visits with immediate family? Answer – if I am lucky once a year.

Also by leaving Nova Scotia I would be giving up so many things I have going for me. This includes all the advocacy I do to make things better for people living in poverty.

I could no longer be the chair of BRAG and I would have to give up all the other volunteer work I do.

Next Post Dare to dream: a Nova Scotia Human Rights Commission that has guts