KJIPUKTUK (Halifax) – All is not well with the Maintenance Enforcement Program (MEP) within the provincial Department of Justice, a former employee charges. Caseloads are too high, and staff feel abandoned by senior management, he says.

The program facilitates court-ordered maintenance payments and enforces maintenance orders on parents who are not paying. The MEP can garnish wages, suspend drivers licenses, seize income tax returns, and much more.

“It is a stressful and difficult job. I always say, we work for the division that nobody likes, we either take too much or we don’t take enough,” says the former employee who requested anonymity. The long-time Enforcement Officer no longer works for the Department. 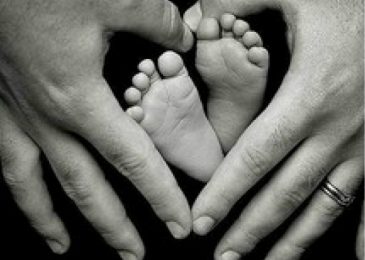 A major problem is workload, says the former worker. “People have massive caseloads. You can’t manage 700 cases,” he says. “With caseloads like that the workplace becomes largely a call center.”

“Enforcement officers are evaluated on the number of enforcement actions. Enforcement actions are important, but the amount doesn’t necessarily mean that the file is being worked well,” he says.  “If I spend more time on a file, and understand the right actions to take, than you will see actual results.”

There is also a feeling among staff that when inevitably mistakes are made, senior management will not support them, and that too much micromanagement hampers their ability to make quick decisions. The former worker believes senior management has been made aware of the issues but refuses to act.

The Maintenance Enforcement Program has been the subject of complaints over the years. In 2015 parents who are in arrears or refuse to pay what they have been ordered owed a total of $65 million.

In September of last year Truro resident Christine Lynk told the CBC that the father of her two daughters owes her $32,000 in child support and the maintenance enforcement program isn’t doing enough to get him to pay. They don’t even return calls, she complained.

A story I did for the Halifax Media Co-op in 2015 echoed these charges.

Those types of complaints are common and directly related to workload volumes, the former employee believes.

“Both sides of a dispute have a story,” he says. “There is no more time to develop a relation with the payor. We deal with people that have paid relatively well, and then they lose their job. It happens every day in this country.”

In addition, a 2013 amalgamation of district offices into one, located in New Waterford, removed the opportunity for staff to interact face to face with parents, and made attending courts throughout Nova Scotia more time consuming, the former worker told the Nova Scotia Advocate.

“There is a heavy workload attached to the work of MEP and we are constantly working to ensure we improve enforcement and manage cases efficiently and effectively,” writes Brian Taylor, a spokesperson for the Department of Justice.

Taylor points to a report authored by the Department that highlights all kinds of progress, and adds that the average number of active cases being enforced by the 21 Enforcement Officers in 2016-17 is 377 and has consistently shrunk over the last three years.

The former government worker is not impressed.

These are averages, he counters, and also don’t take into account that the division hasn’t had a full  complement of staff for years. “I know for a fact that caseloads in the 700s still exist,” he says.