KJIPUKTUK (Halifax) – The four racist Halifax Proud Boys still with the Canadian Forces are getting off lightly. None were fired or even demoted. All will be forgotten and forgiven once the probation runs its course. Proud Boys everywhere are celebrating.

Not good news, I guess, for their non-white colleagues, who will have to rely on them in combat situations. 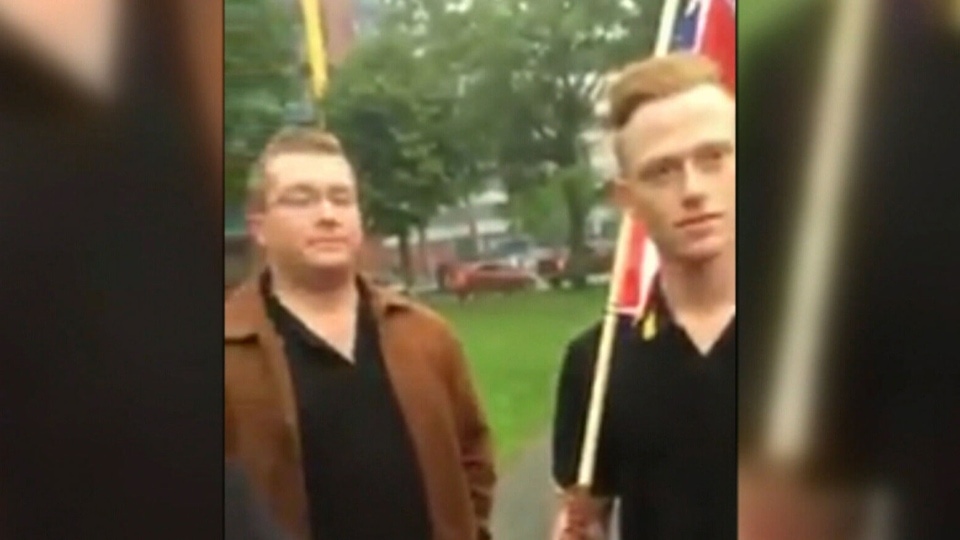 There’s no lack of Canadian military brass condemning in strong terms what transpired at the Cornwallis monument. But there is very little willingness to send a real message.

This is particularly worrisome since there are signs that this was not an isolated incident.

After all, the Halifax Proud Boys’ personal Facebook pages were mostly public, with their racist posts for all to see. So many Forces members must have read their venomous messages, but apparently no one ever complained. Or if they did, no action was taken.

Similarly, when asked during the Cornwallis incident the Halifax Proud (but not so smart) Boys freely identified themselves on video.

Why was that? Is it because holding racist views in the Canadian Forces is actually a fairly common phenomenon, and not something you have to be particularly secretive about?

Earlier this year APTN through a Freedom of Information request acquired a report by the Defence Aboriginal Advisory Group that says racism and discrimination “is a systemic issue” within Canadian Armed Forces that is “rampant throughout all ranks of elements of Land, Air Force and Navy.”

And this isn’t the only hint that all is not well in the Forces.

Three former members of the Canadian Forces have filed a proposed class action lawsuit claiming “systemic racial discrimination and harassment” during their service, detailing how derogatory slurs and threats of violence against them were either ignored or tolerated by their superiors, reported At the CBC in December 2016.

I know there are many members in Canada’s military who have absolutely no time for racism and fascism. Nonetheless, it’s depressingly easy to find stories like these, just google “racism Canadian Forces.”

I am old enough to remember the Somalia affair, triggered when members of the Canadian military tortured and then beat and kicked to death Somali teenager Shidane Arone and bragged about it. There were plenty of signs prior to that murder that racism was rampant in the regiment, but the military chose to look the other way.

Previous Post Lives on welfare: No money at all for young couple, but plenty of stigma