KJIPUKTUK (Halifax) – Mothers in federal prison are deprived of something as elementary as a phone call with their kids because of cost and silly rules.

Women in the Nova Institution for Women in Truro can only put money on their phone card once a month. If they miss that day they’re out of luck. 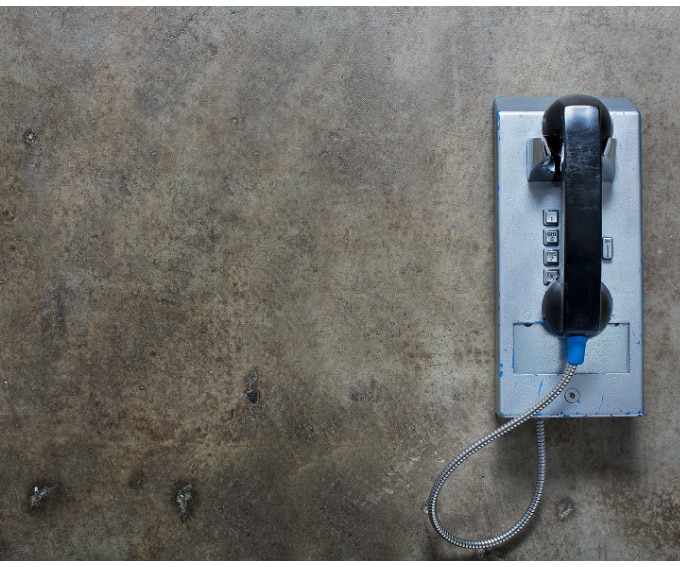 “The last time I visited the prison I was told card loading day in October was October 13. So say you start your sentence at Nova on October 14. That means you have to go 30 days without making a call autonomously to your loved one. That is so unimaginably hard. It’s a visceral pain,” says Martha Paynter.

Paynter is the chair of Women’s Wellness Within, a partnership to serve criminalized women in Nova Scotia offering legal, doula, midwifery, breastfeeding, and parenting support and education.

Of course you also need to have the money on that one particular day each month. Things don’t always work like that when you are poor. Daily take away pay for people employed in prison is just a couple dollars or so.

The one-day-a month rule has nothing to do with Correctional Service Canada (CSC), writes Lindsay Holloway, speaking on behalf of the department.

“In response to your first question about phone cards, CSC cannot comment on the specifics of phone cards that are provided by a third-party service provider,” Holloway writes. That service provider is Bell Canada, we further learn from the CSC response.

Those are real weasel words, of course. CSC signs the contract with Bell Canada, and sets the conditions that apply to the service provided. Stipulating that payments can be made any day of the month would not have been that hard.

It also puts the well known Bell Let’s Talk initiative in support of mental health in an entirely different light.

“94% of women in federal prisons experienced symptoms consistent with a diagnosis of a psychiatric disorder (…) As of August 2013, 62.6% of incarcerated women were prescribed some form of psychotropic medication to manage mental health symptoms,” states the Office of the Correctional Officer on its website.

The misery a mother experiences when she can’t talk to her child will only aggravate such mental health issues.

“It seems to be a convenience for Nova and for the provider but it is an excruciating thing to ask of the women,” says Paynter. “CSC will counter that it allows for supervised calls, but that is never timely and always dependent on staffing.”

There are only five federal prisons for women in Canada, Paynter says, and that means women experience far greater isolation than men.

Doing away with the once a month card loading day will be a good thing, but Women’s Wellness Within believes that would be only a first step.

To support reintegration in the community and maintain bonds with family and community, the organization wants all phone charges dropped for incarcerated women.

And it asks that women are provided with internet access as well.

“For security reasons, any computers which can be accessed by inmates are not linked to the CSC’s security systems, external networks, or the Internet,” is the CSC response we received, suggesting that every single prisoner without exception poses an equally serious security risk.

“I think internet access is a human right, it is 2017 and this is how life happens. Restrictions on how and when we communicate are deeply unfair,” Paynter says.