KJIPUKTUK (Halifax) – In a story I wrote last winter I talked about poverty and social isolation, and how a 24/7 drop-in centre could help.

Ever since I have received positive feedback from poor people as well as from a few upper and middle class people about that idea. 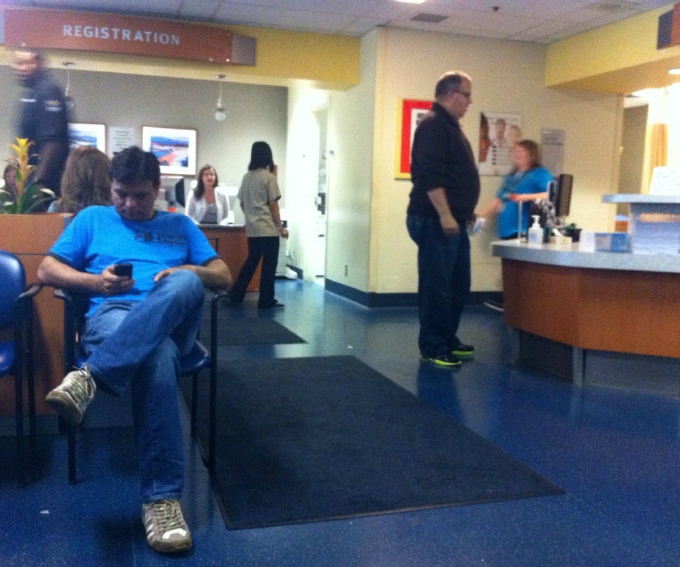 These people who have talked to me, plus I myself, have been hearing from others in the community that more and more people over the past couple of years have been showing up at the QEII Emergency Department only because they really feel a need for human contact. I have been told many who showed for that reason live alone and they live in poverty.

I hear these visits are happening in the late evenings, during the middle of the night time, on weekends, and during holidays. In other words, these visits to emergency are happening when the drop-ins and soup kitchens are closed.

In the view of these people who brought this to my attention, we not always dealing with people with serious mental health issues here. A lot of them are just people with nowhere to turn.

I just want to let my readers know that I have not had direct conversations or contact with the hospital about investigating this. I have only been hearing about this by talking to people in my community.

My main contact is a person who is socially isolated herself and is well-known in the community of people living in poverty. We met twice. At the second meeting, she brought five other people with her who said they also have checked themselves into the QEII emergency on various occasions for that same reason.

They are feeling depressed, they say, and feel lonely and in need of someone to talk to According to these sources it has been happening over the past couple of years.

They also told me they know about the Mental Health Mobile Crisis unit. I mentioned this in an article I wrote here. But telephone support is not the same as talking to someone about what is bothering them one-on-one, they say. And they’re not the only ones, they assure me.

When I asked these six people these the question “what happens during their visits to the hospital for that reason,” they said that staff will listen to what they have to say, offer them medication to help them sleep better, as well as control their depression and anxiety, and try to get rid of them quickly.

That did not surprise me. After all I am sure the medical staff have more serious medical cases to tend to at the times these visits are happening.

I think the 24/7 drop in centre is good solution to solve that problem. This will give those who are making those QEII visits another place to go instead. It will also relieve the pressure on hospital staff.

People have told me about some other ideas since I first wrote a story about the need for a 24/7 drop in centre, things like having a therapist on call, buy a van to drive people who live far away to the centre, maybe hold AA meetings, have free meals, have a gym, and counsel people on social assistance about their issues with Community Services.

Ok, now let’s have a look at the bigger picture of where these ideas come from.

One way that middle and upper class people deal with the frustrations they face in life is by taking vacations.

I believe  that if we put our heads together and brainstorm ideas we can find solutions. Let’s do it.