KJIPUKTUK (Halifax) – Forest loss in Nova Scotia continues unabated, but exactly how much and where often is based on anecdotal evidence. What most people don’t know is that there’s an app for that.

Scientists at the University of Maryland has been interpreting aerial photography and displaying their findings in an interactive map for several years now, not just for Nova Scotia, but for anywhere in the world. Recently they added the 2016 data layer.

The causes of forest loss are many, of course. Highway construction, new suburbs, hurricanes and insects all play a part. That said, it appears that in Nova Scotia clearcutting is one of the major contributing causes. 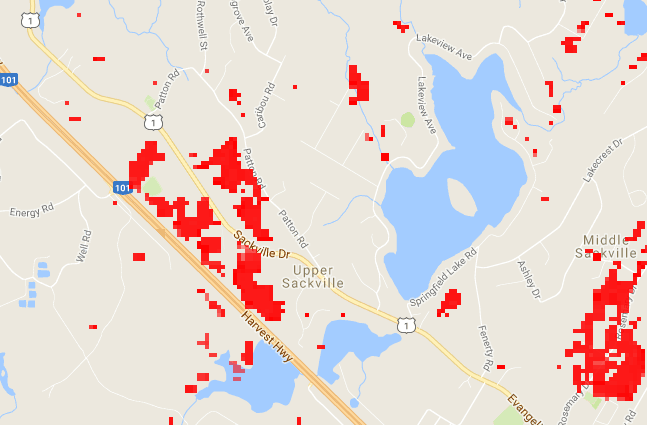 I zoomed in on my neck of the (no longer) woods (above). I was surprised how  accurate and detailed the mapping was. Living in the suburbs of Halifax, some but by no means all of the clearcutting that has occurred in this area was to allow for new home construction.

I am only scratching the surface in terms of functionality and information contained in this excellent app. Check it out here.

Next Post Judy Haiven: The Halifax explosion – When is a war crime merely an accident?