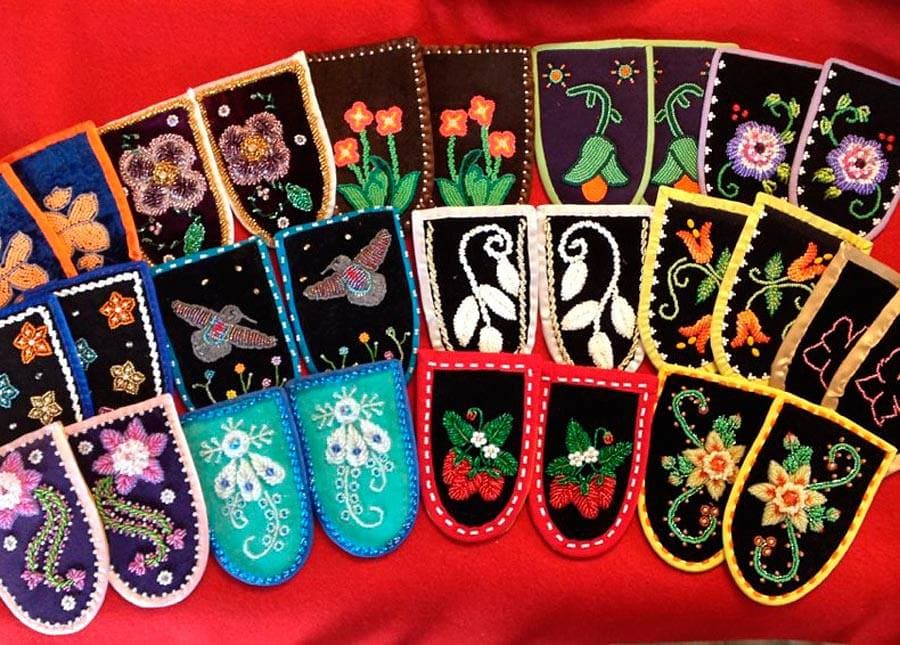 In October 2017, my parents and I did a series of interviews with Investigation Discovery for their program ‘See No Evil’. They wanted to cover my sister Loretta’s case and I had been corresponding with them for months prior. The producers and host flew to Halifax from the UK to meet my parents and me as we prepared ourselves to testify before the National Inquiry into Missing and Murdered Indigenous Women and Girls. Loretta was murdered in Halifax in 2014 and was writing her honours thesis on missing and murdered Indigenous women and girls when she went missing and was found to be murdered. That episode of ‘See No Evil’ was aired on Wednesday.

My family and I have been mentally and emotionally preparing ourselves to view this episode that includes dramatizations and CCTV footage of her last moments alive. I’ve braced myself to be able to watch that program, but I wasn’t prepared for was an Instagram direct message from a friend that contained a very descriptive poem about my sister’s murder.

The poem was written by Shannon Webb-Campbell, a Mi’kmaq writer who never reached out to me or my family to ask if she could write about my sister, especially in such gruesome detail.

I’ve never written a book review and I’m not sure this even counts as one since I’ve only read one poem from Webb-Campbell’s ‘Who Took My Sister?’ But, I was told by a trusted friend that the other poems are just as brutal so I dare not bother.

I recently wrote an article for Flare Magazine exploring how we as a society talk about missing and murdered Indigenous women and girls in the media, in our private lives and how those narratives are internalized. I also touched on how Tina Fontaine’s case was covered by The Globe and Mail in a disrespectful and dehumanizing manner by focusing on her substance consumption rather than the fact that she was a 15 year old girl found murdered in the Red River of Winnipeg.

I am someone who holds the sacredness of language, words and how we use them in high regard. I especially acknowledge the importance of using such a powerful tool when discussing our women and girls. Writing about our life givers, our community leaders as dead squaws, addicts, whores and whatever derogatory vernacular that has been used to oppress and dehumanize our women and girls is also replicated by writing about brutal and gruesome acts inflicted on them. Desensitizing people to these realities isn’t going to change anything in a positive manner. It’s dangerous and damaging to internalize such narratives about someone you identify with, which is why I denounce such work.

I was disturbed and very upset by the descriptive and unnecessary imagery that Webb-Campbell used when talking about my sister’s brain being bounced and her body being mangled. I can’t bring myself to share the poem with my parents or family. I’m unsure if she consciously decided to not reach out to my family because she knew no family would agree to having their loved one written about in such gory detail, or if she is just that out of touch with the protocols that exist in our Indigenous communities.

There clearly is value in work that highlights the issue of missing and murdered Indigenous women and girls, the families and legacy left behind and how things need to change. What I do not see any value in, is writing or creating work that vividly describes something so unnatural and traumatic as murder.

This work is completely disrespectful to not only the women and girls who have met violent and tragic ends, but to the families who are left to advocate for them.

I’ve been doing work with various forms of media long enough to know that my writing here will end up serving as publicity for Webb-Campbell’s book. However,she disregarded my family and how this would affect us, and hope that this article will effectively serve as a stamp of disapproval from the Saunders family.

Note: On March 30 Book*hug  made the decision to remove Who Took My Sister? from public sale, and to halt further distribution and promotion of this title. In addition, any revenues received by Book*hug from the sale of this book will be donated to the Loretta Saunders Scholarship Fund. Read Book*hug full statement here.

Next Post Bill 72: How standardized testing can lead to a 2 tier education system, part 2: The British experience