KJIPUKTUK (Halifax) – The Shambhala community is by all accounts deeply shaken by the allegations of rape, sexual abuse, misogyny and all around arrogance against their leader Sakyong Mipham.

You’d never know it by the organization’s websites, though. Months after the story broke, the face presented to the outside world, people interested in meditation instruction and so on, is very much one of business as usual. Click here to buy Mipham’s wonderful books. Here is a program you can take. And check out Mipham’s YouTube channel. 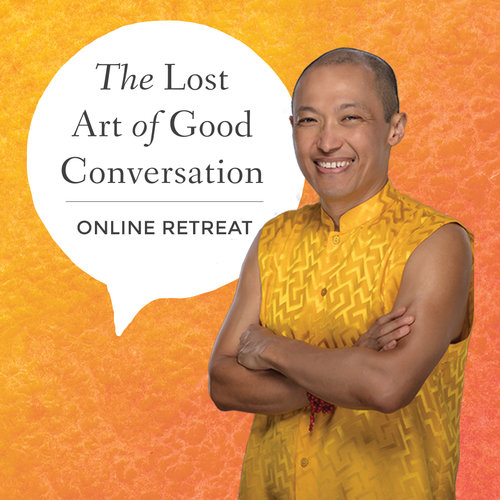 In ‘89 it became known that a prior leader of Shambhala, Osel Tendzin, knowingly transmitted the AIDS virus to one of his young students, who died as a result. Other stories emerged, eerily similar to what we hear about Mipham today. Then too, the Halifax Shambhala community was in turmoil. And like today, outwardly its members mostly closed rank, and for practitioners on the periphery it was hard to find out what was going on.

This stance allowed the organization to recover relatively quickly from all the bad press, just as it recovered from reports about alcoholism and abuse of power by Chogyam Trungpa, the founder of Shambhala. Memories are short, after all, and without memory there are no patterns, only bad individuals and standalone incidents.

Below, as food for thought, are some statements found on the Shambhala Halifax and Shambhala International websites, juxtaposed with quotes from the Buddhist Project Sunshine Phase 3 final report, created through a grass roots initiative to raise awareness of the sexualized violence within the Shambhala community.

Will the real Shambhala please stand up.

The Sakyong—literally “earth-protector”—is a “dharma king” and lineage holder of Shambhala, a tradition that emphasizes confidence in the enlightened nature of all beings, and teaches a courageous life, based on wisdom and compassion.   Shambhala Halifax

Ann resisted the pressure for sex, but eventually the Sakyong became angry if Ann did not do what he wanted. He became cold and hard if Ann refused him. She was confused, afraid of his anger and then his coldness, and she fell into the same patterns of silence, loyalty and fear that she had experienced as a child. But even from the beginning, it did not seem right to her. There was no relationship, there was only a sense of being used by the Sakyong for sex.    Buddhist Project Sunshine Phase 3 final report

Sakyong Mipham Rinpoche chose these individuals because of their knowledge, wisdom, and commitment to the confluence of teachings found in Shambhala.   Shambhala Halifax

Pema Chödrön is a leading exponent of teachings on meditation and how they apply to everyday life. She is widely known for her charming and down-to-earth interpretation of Tibetan Buddhism for Western audiences.  Shambhala

“I was raped at the age of 21 by a Shambhala Center director. This led to a pregnancy and then a miscarriage. About a year later I approached Pema Chödrön to disclose what had happened. As a respected practitioner and also as a woman, it was my expectation that I would find an ally.

Instead, Ani Pema told me bluntly, “I don’t believe you.” I was shattered. After further discussion with her, Ani Pema then said, “Well, I wasn’t there, but if it’s true I suspect that you were into it.  Buddhist Project Sunshine Phase 3 final report

Serving the teacher and the community

My presence was regularly requested throughout Seminary, the invitations always facilitated through Kusung or members of the Court. I remember these invitations with great embarrassment and distaste, as these men (almost always men—although I know firsthand that some women of the Court and many of the female Kusung also protected and slept with SMR) really functioned as vajra pimps, fetching the ladies for their teacher. Buddhist Project Sunshine Phase 3 final report

We all knew. Jesus Christ, WE ALL DID. I am astonished by the quotes given by senior teachers and practitioners who claim that they had no idea what SMR was up to behind closed doors. Are you kidding?

We were all complicit. Myself included.

Previous Post Letter – Poverty activists to Community Services bureaucrats: Could we speak with your manager, please