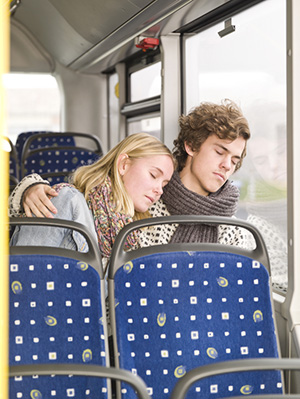 KJIPUKTUK (Halifax) – Earlier I wrote how transportation and phones are basic necessities for people on income assistance, and that Community Services should help with that. In the city at least we now get a bus pass, but a phone is still considered a special need that a medical doctor and a caseworker must approve.

“However, how can you look for work when you do not have a phone? Not having a phone means you cannot provide potential employers a phone number where you can be contacted for work,” I wrote.

Recently I sat down with a couple who received their free bus pass on Thursday. They also have a phone. A couple of days later they tell me how excited they are that first thing Monday morning is going to be day number one of their job search.

By the way, they gave me permission to call them Peter and Peggy, even though those are not their real names. And also by the way, I wrote about them here as well: Love works miracles, but your relationship is none of Community Services’ business.

“Now that we have both the bus pass and the phone, we are planning to get down to business with looking for meaningful employment,” Peter and Peggy tell me.

“Kendall, we are tired of living with the bureaucratic nonsense,” they say. “We are tired of it, and we hope that now that we got our free bus pass we can get off this system.”

“As for the other needed job search tool, the phone, we had been getting that all along because we are lucky enough to have a doctor who is willing to write the required medical note for the telephone allowance,” they say.

“Kendall, even though a so called ESIA transformation is happening, it also seems that  Community Services has no interest in wanting to change the cohabitation policies in the ESIA system,” they add.

The department used to pay for 10 bus tickets each to get to medical appointments. They would maybe once a week get to go to a drop-in or soup kitchen. However, now catching a bus is going to be much easier, and they are excited about that change.

Their plan of action is “to start bright and early Monday morning, to get out and go from place to place dropping off resumes and filling out job applications.”

Peter and Peggy are going about their job search in their own separate ways. Peter is starting in Bayers Lake and Peggy in Burnside. The reason for going their separate was is because they feel that showing up at various places together, and applying for work as a couple may not look good to the potential employers who are out there.

The answers I got were pretty interesting.

“Kendall, when we have worked in the past, working increased our level of self esteem. We want to use the free bus pass and the telephone allowance as an opportunity to regain that self esteem,” they told me.

It turned out that both Peter and Peggy have worked in the past, and they even got some post secondary education behind them. Peter has got some work experience of fixing computers, and he has a certificate in information technology from community college.  Peggy has done some admin type work in the past.

When they lived out West they had to go on income assistance. Peggy developed mental health issues while living there, and decided she wanted to be closer to family in Nova Scotia in order to have better support in her life. However, after she returned and especially after her unemployment ran out and she had to go on Income Assistance, her relationship with her family went down hill.

“Never in their lives did they ever imagine some day having to go on system like income assistance,” they say.

Peter has heard that there are a large number of employers in Halifax looking for people who have IT experience.

Therefore, they’re hopeful, and in the coming days and weeks, now that they got the free bus pass, they want to live life remaining positive.

I am rooting for them!

Previous Post Judy Haiven: Why we must support the Burnside prisoners

Next Post Lives on welfare: I am just a piece of paper with a number on it