KJIPUKTUK (Halifax) – Nothing is ever simple when you’re on income assistance. Just ask Kate, a single mother. Michael, the elder of her two children, is a four-year old boy who has non-visible disabilities and is not yet fully potty trained.

At this time Kate is fighting with the Department of Health about the care for her son, and with Community Services about the sudden removal of childcare support for her younger son. Oh, and the department wants her to go see her doctor, even though she has never claimed any disability. On top of that, just being on income assistance, just making ends meet and getting your caseworker to return your calls is a daily struggle.

Now Community Services has sent Kate a letter that it will no longer help pay for the boy’s diapers. A decision like that is devastating when getting by is a struggle. This is the story. 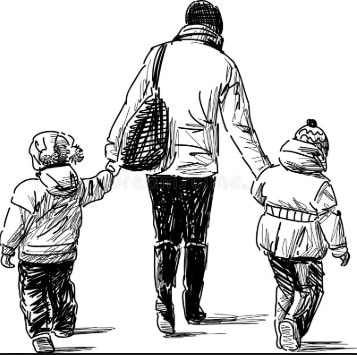 This started last year in the summer, when I was still getting a material allowance of $50 for my younger son. I was using that to help pay for Michael pull-ups. My younger son I could manage, the smaller sized pull-ups are not as expensive.

Without ever telling me, they took that $50 away. When I told my Community Services caseworker, she wanted to know exactly how many diapers I used, where I was buying them.Then they told me Michael used too many. I appealed that decision, and I won. We got approved for $86. I didn’t know that it was only for 6 months…

In February I had a phone call from my worker, she said I didn’t have to keep the receipts for the pull-ups anymore. Every month I had to provide these receipts, they didn’t believe me that I was buying them. I was like, finally, thank you, it takes a bit of the pressure off. And this receipt business, they see everything I’d buy, I’d go to Costco to shop, and everything we’d buy would be on the receipts. I hated that. Anyways, around that time I was told over the phone that it would be extended until August.

I went to a social worker I know through Michael’s hospital, and she wrote a letter that Michael still wasn’t fully potty trained, and that we still needed the department’s help with the diapers and the wipes.

Then this new caseworker stepped in. He called me a week ago Wednesday, he told me had some questions about that letter I sent him. I was in the neighborhood, and I went over. I shook his hand and I told him about the situation. He replied that he had to go talk with his supervisor. He said it was unheard of that Community Services paid for diapers and wipes for this long, looking at me like how dare you accept this money for these extra months. He said he would go talk to his supervisor and call me back.

I stopped thinking about about it because I didn’t hear from him. On Friday I called and I asked what was going on. He didn’t call me back, and I need to know what’s up. Somebody told me it would be for one more month. I left a message on his voicemail, saying, how dare you make a decision about our family and not even call us.

Then he called me two days ago. He apologized over the phone that he couldn’t remember why he was calling me. He said he had 200 other cases. I thought to myself, that is nice to know, I am a piece of paper with a number on it, thanks for that. I told him that I had been trying to talk to his supervisor.

Community Services wants me to apply for the Disability Support Program (DSP) or the Direct Family Support for Children (DFSC) program. Doctors who evaluated Michael told me that he will likely be denied, because his IQ is too high. Why set somebody up for failure? I started to cry. It is so upsetting.

I spend hundreds of dolars per month on pull-ups and wipes. There is also all the extra laundry. Some days I change his clothes four or five times. Michael is a very big boy. It is different each month. He is just a child. He is still learning.

As a family we don’t need this stress. These caseworkers make me feel me feel as if they’re paying for it, as if it’s coming out of their pay cheques. It’s driving me bonkers. I worked all my life, and I plan on working again.