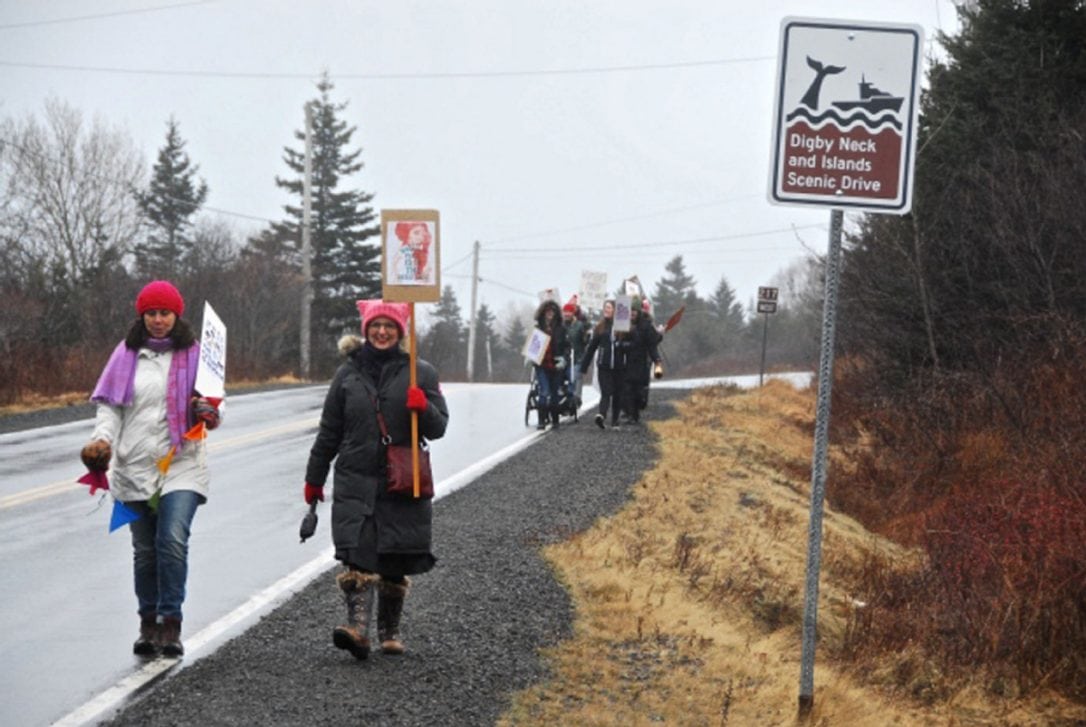 For the women, by South Shore poet Peggie Graham, was written for a One Billion Rising event in Lunenburg on International Women’s Day. It is one of nine poems we will publish during the remainder of the year. It was selected as a result of a call for poems we issued in May.

Peggie Graham began her writing life as a journalist and later worked as a government information officer, editor, and communications consultant for small businesses and not-for-profits and as well, a folk music festival and a library system fundraiser.

No matter what kind of writing work she did over her career, she always wrote creatively, and writing poetry was a constant.  Her poetry, fiction and non-fiction have been published in newspapers, literary journals and aired on CBC Radio. She is currently at work on a poetry collection and a non-fiction project.

If you can, please support the Nova Scotia Advocate so that it can continue to occasionally pay poets for their poetry as well as cover issues such as poverty, racism, exclusion, workers’ rights and the environment in Nova Scotia. A paywall is not an option, since it would exclude many readers who don’t have any disposable income at all. We rely entirely on one-time donations and a tiny but mighty group of dedicated monthly sustainers.

Previous Post Not worth the risk: Mahone Bay’s public panel on offshore drilling

Next Post Scott Domenie: Where were you radicalized? – On diversity among activists