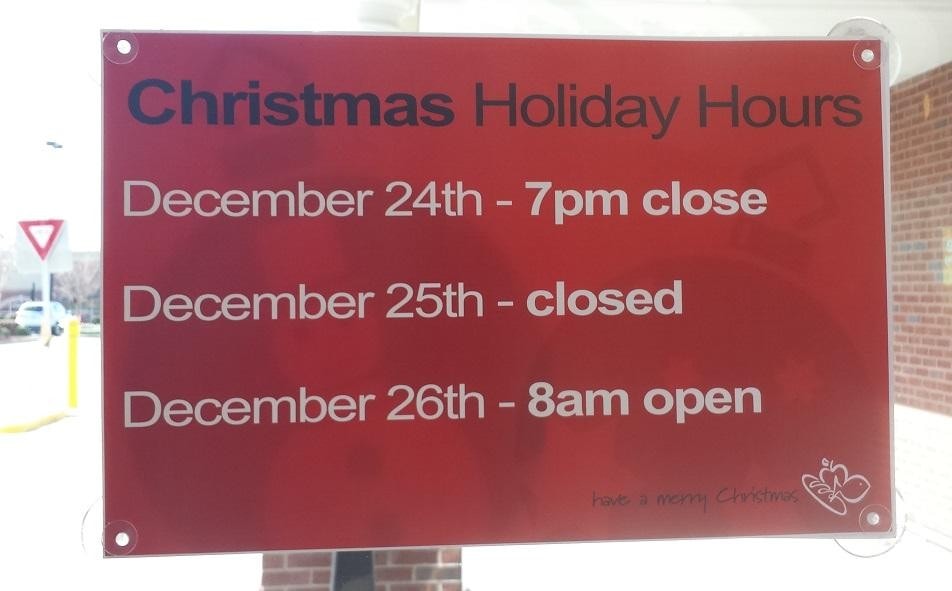 KJIPUKTUK (Halifax) – On Christmas Eve stores stay open until 6pm, even 8pm, and one retail worker believes that’s way too late, and it’s time for a change.

“This Christmas Eve Walmart has a sign up that it’s closing at 6pm. It will probably take them until 7pm to close up, that doesn’t give staff enough time,” says Tony Lohnes.

Lohnes is a soft spoken retail worker and activist who has been plugging away at the issue for a couple of years now. His online petition directed at provincial politicians is slowly gaining signatures.

It is wrong to put pressure on vulnerable  low income workers to work on Christmas Eve and New Year’s Eve, he says. Those are times to spend with family, and attend church if that’s your thing.

People have exactly a year to plan and get ready for Christmas, he says. Surely they can get organized before 6pm on Christmas Eve.

“Retail isn’t essential service,” says Lohnes. “That expectation that you will be open does not apply to anybody else. You can’t get your car fixed, go to your dentist, your MLA is not sitting in his office waiting for you to call.”

“It really upsets me the way people treat people just because they are working in a store. I feel we’ve been taken advantage of for way too long.”

It’s an uphill battle, Lohnes says. Rick Howe interviewed him, he may get a letter in the local paper, but that’s about it. He feels that the large media organizations are ignoring him.

Lohnes doesn’t buy the argument that staying open late is a good thing because it gives workers a chance to earn a bit of extra money.

“If you worry about money, then pay them $15 per hour so they don’t have to work these ridiculous shifts,” he says.

Previous Post Danny Cavanagh: Since when is it okay for government to break the law?